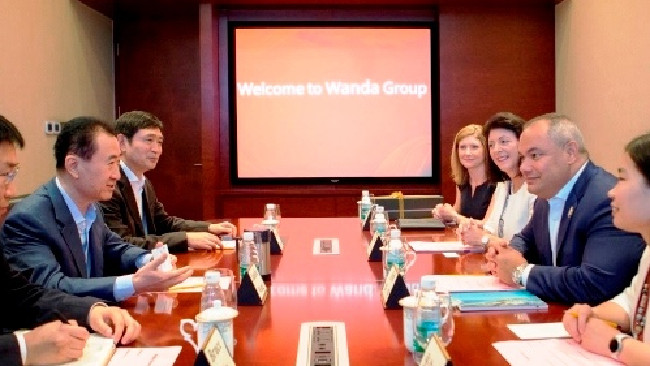 The group will this week fly to the Chinese city of Sanya on the southern island of Hainan, to formalise a relationship with the tourism mecca.

Sanya is a popular holiday spot for Russians and it is hoped this could allow the Gold Coast to tap into the Russian market.

“It is considered to be China’s equivalent of the Gold Coast and we are keen to exchange ideas and work towards a sister-city relationship,” Cr Tate said.

“I want to sign an agreement to share these ideas and we have already hosted delegations from there in the past year, so we are keen to see what they have got.

“Long term, I would like to invest in direct flights to Sanya.”

There are no direct flights between Australia and the island but the Chinese city already has direct flights to Vladivostok through Siberia-based carrier, S7 Airlines and Hainan Airlines.

Mr Winter has already returned to Australia and said he supported the drive to find new tourism product for the city.

“It is wrong to think that China lags behind and, in fact, in many ways they are far ahead in the way they treat their visitor economy,” he said.

“Today’s travellers are looking for different and more meaningful experiences, so we need to constantly reinvent to ensure we remain relevant.

“Last year tourism from China grew 38 per cent and they are now our single largest international market, and there is no sense that this is trend will end soon.”