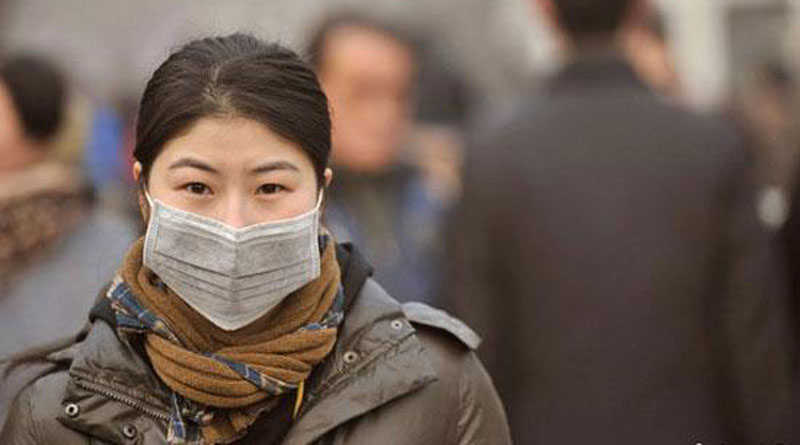 Large parts of northern China covering an area double the size of Victoria have been wrapped in dense fog forcing red alerts in 23 cities.

The warning level is the highest in the country’s four-tier warning system for severe weather, reports chinadailyasia.com.

A worker clears off fallen leaves amid smog in Qingzhou City, (Photo: AFP).

Health and safety concerns about the heavy smog have seen nine expressways closed in Beijing and 273 flights cancelled from the city’s international airport.

Kindergartens and primary schools in Beijing, Tianjin, Xi’an and Zhengzhou have been suspended, with high schools also suspended in some places.

Officials from the Beijing environmental monitoring centre said on Tuesday they are expecting the worst of the pollution will happen through Wednesday (AEST).

Many ready-to-eat products are missing from shelves in convenience stores in Beijing because delivery trucks are banned in large parts of the city.

Medical workers give treatment to babies with respiratory disease in a hospital in Jinan. (Photo:AFP).

Airports have also become flooded with people fleeing the smog and seeking sanctuary in clearer areas. The airport in Haikou, capital of Hainan, has seen more than 50,000 inbound and outbound passengers every day since November