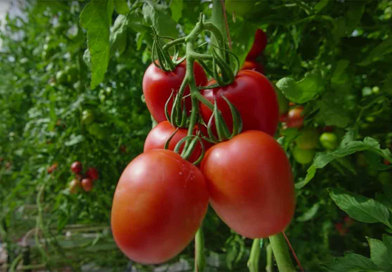 Hainan Business Wire
November 28, 2016December 4, 2016 Patrick 1367 Views 0 Comments
Dutchman Ferdi van Elswijk has fond memories of the summer of 1987, when he was 11 years old and working part-time in his uncle’s 1.9-hectare commercial greenhouse, filling dispensers with sugar water to feed bumblebees who were helping to pollinate tomato plants. Van Elswijk’s family is part of a long greenhouse tradition in Holland that stretches back to 1599 in the town of Leiden, where the first practical glass greenhouse was built. Over the last 400 years Holland has been at the forefront of hothouse innovation. In the 1980s, farmers installed indoor bumblebee hives to increase pollination and, like young van Elswijk, fed the bees sugar water to keep them happy. Today, van Elswijk and his fellow farmers have upgraded from bumblebees to high-tech gas engines, predictive software and analytics tools that help save his company, Prominent Growers Association, millions of dollars. “The greenhouse business has been in my blood since I was very young,” van Elswijk says. “I’m very passionate about this because it’s one of the driving factors for humanity — to have healthy food available for the masses.” At Prominent Growers Association, tomatoes are big business. The company cultivates 750 acres of them in huge greenhouses in 40 locations across Holland, growing one out of every four tomatoes produced in the country. The greenhouses are so large that they are, on average, the size of five city blocks. They are also high-tech.

Over the past year, Prominent has added a new tool to its daily operations to make growing even more efficient — a suite of GE software called myPlant Asset Performance Management (APM). Prominent’s heat and power gas engines — and about 1,000 similar machines deployed in commercial greenhouses globally — are monitored around the clock at GE’s Greenhouse Center of Excellence — yes, there is such a thing — in the Netherlands. There, GE engineers use the solution to collect data from the engines, calculate each plant’s operational state and foretell potential problems before they affect the crop. A crucial part of that system is predicting when machines should undergo maintenance to avoid unplanned downtime. An engine outage at a greenhouse might not sound catastrophic, but van Elswijk says that each of Prominent’s 3-megawatt gas engines helps more than $3 million worth of tomatoes ripen on the vine at just the right time. If one of those machines has a prolonged unplanned outage, it can cost the company millions of dollars. “Thanks to analytics, we don’t wait for the engine to fail — we act before it fails,” van Elswijk says. The Distributed Power APM solution was designed specifically for GE’s Jenbacher combined-heat-and-power gas engines, which since 2003 have provided Prominent’s greenhouses with heat and electricity. That includes powering lights during the darker months (in Holland that means from October to May) to help with winter growing. Today, the company’s 53 Jenbacher machines generate more than 150 megawatts of electricity — enough to power 1.5 percent of all Dutch households. The company sells excess power back into the grid, boosting operating income and reducing the overall energy cost. Prominent can also capture excess heat generated by the Jenbacher gas engines in the summertime, storing it in wells below ground level and then pumping it up in the winter months to heat the greenhouses. True to the Dutch tradition of greenhouse innovation, GE has also found an additional use for the engines. The company attached heat exchangers and catalytic converters to the machines to take the CO2 coming from the exhaust gas and use it to fertilize the tomatoes. The system purifies the exhaust gas, cools it to 45 degrees Celsius and feeds it back into the greenhouse to double the amount of CO2 in the air, boosting crop efficiency by as much as 140 percent while also reducing greenhouse gas emissions. Van Elswijk is now taking the knowledge his company has gained and sharing it abroad through the Prominent Greenhouse Academy. He recently set up a joint venture in China, where Prominent provides expertise to help Chinese growers build high-tech cherry tomato greenhouses on the tropical island of Hainan. “We want to use our knowledge and expertise to provide the best-tasting and healthiest tomatoes in the world,” van Elswijk says. Digital innovation is helping. Source: http://www.gereports.com