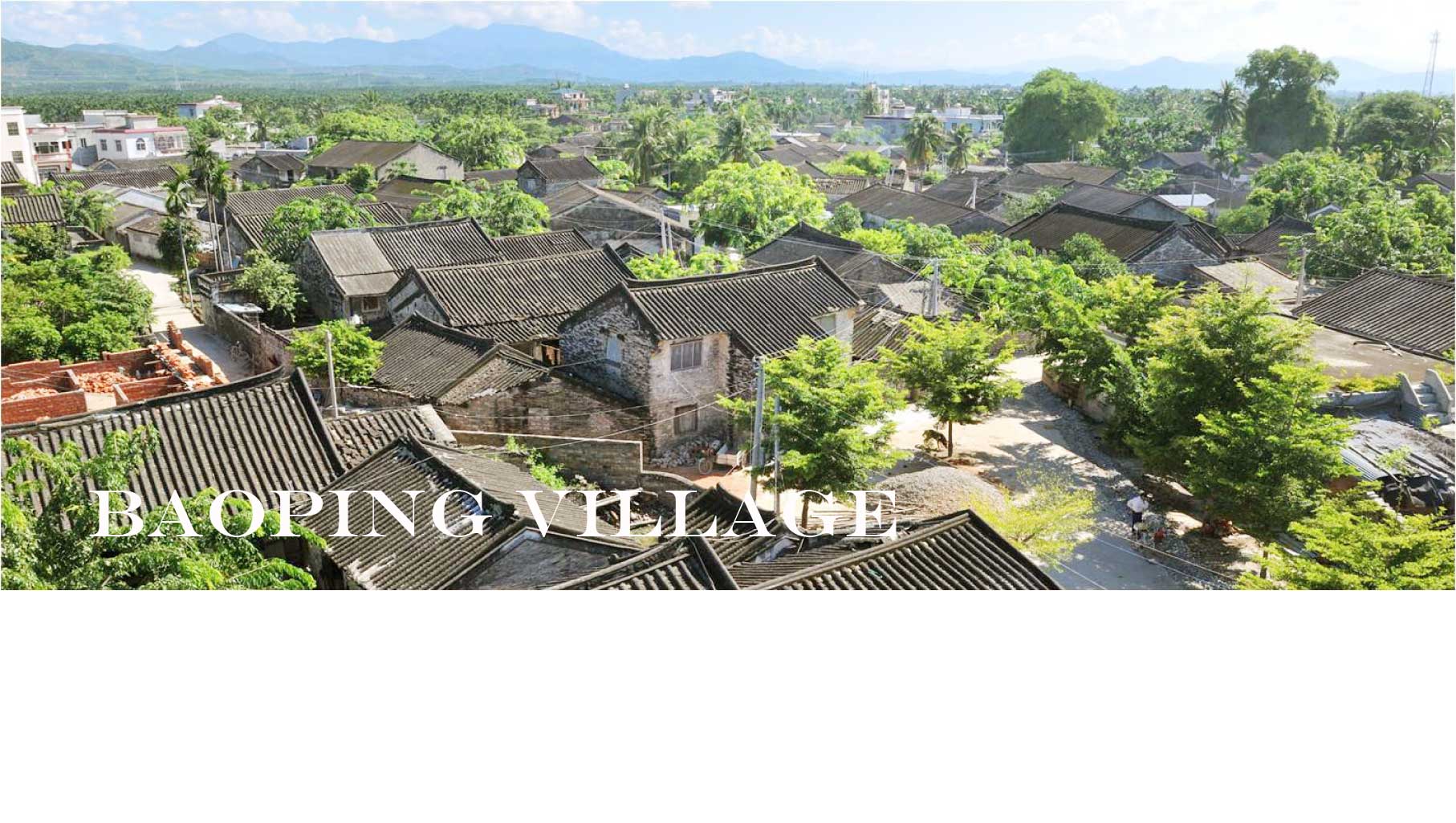 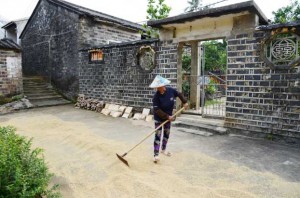 ShiBaHang (eighteen rows) village is in the west of Huiwen County, Wenchang City, with a population of just 233 and a land area of 87.2 acres. 260 years ago the village was built by its earliest residents who were from Fujian province. Many government officials originated in the village during the Qing Dynasty (1636—1912 CE), and promoted construction on their return home from office.

ShiBaHang village boasts the largest complex of Ming and Qing Dynasties (1368-1912 CE) architecture in Hainan. What is more, the village displays horse mounting stands of the same period, and stone-made goldfish lotus ponds, stone-made mangers and elegantly engraved beams and columns.
The houses of this village are well aligned, in an order from high to low, and spread out in a fan shape. There are 18 rows of houses, hence the name ShiBa(eighteen) and in each row of houses lives an extended family. Standing in the courtyard of any house in any one row, if all the doors of the main houses are open, you can see through them end-to-end, symbolically meaning all family members are in one line and united with one heart, thereby not to be divided or bullied by others. 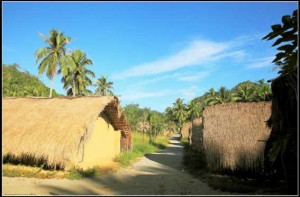 Baicha village is located in Jiangbian Township, Dongfang City and is famous for its cottages which have inverted boat-shape thatched roofs. Nowadays 81 cottages of the type still stand. The boat-shaped roof epitomises the outstanding construction techniques of the Li ethnic group, and in 2008, the cottages were enlisted in the national intangible cultural heritage protection list. (Editor's Note: Yes, I know, "intangible cultural heritage" is not easy to translate, since it contains intangible things like songs but distinctly tangible things like a thatched roof construction or pottery. Perhaps it is the concept or idea of the thing, not the resultant artifact itself that leads to the classification).
The Li people build 2 kinds of thatch roofs, one is the inverted boat-shape mentioned here and the other is the pyramid shape. The inverted boat-shape also has 2 sub-types, one with the roof high off the ground and the other with the thatch roof extending to the ground. The roofs of Baicha villages are the latter.
They are long and wide, and the eaves are kept low, so houses of this kind are good for protection against wind and rain. Inside a cottage, three columns are placed at the center (in the Li language, they are called “ge-e”, which means "men"). 6 relatively lower columns are at two sides, called “ge-ding”, which means "women". Though the numbers are little odd, the overall meaning is a family comprised of men and women.

Located 4 kilometers to the southwest of Yacheng town, Sanya City, Baoping village served as a gateway for visitors as well as a fort to defend from invaders in ancient times. In the Tang Dynasty (618-907 CE), Baoping had become a “heart-breaking and homesick locale” (a verse by Tang poet Li deyu) for banished high-ranking government officials. Some say Baoping was immortalized by the poet Li deyu, who wrote many classical poems there.
Baoping is truly beautiful and abundant, encircled by ancient trees, with creeks running alongside and the aroma of the rice field pervading all. There are still well preserved old houses dating from the Ming and Qing Dynasties (1368-1912 CE). They form the most concentrated cluster of old houses in Sanya, and the most typical because of their quadrangle courtyards formed by archways, the main houses, side buildings and main walls. The ancient architecture has seen the history of the village’s rises and falls, economic and cultural development and the revolutionary course.
Baoping is the origin of Yazhou (the old name for Sanya) folk song, a national intangible cultural heritage. The only written record of Yazhou folk song is in the “Yazhou Chronicle” – “Baopingnese Zhang bang used to teach pupils Yazhou Folk songs”. Nowadays, Baoping plans to build a cultural corridor, a revolutionary park, a rural cultural center, Baoping academy, Baoping bridge, Wangque (looking in the direction of the capital) pavilion and a relic park. 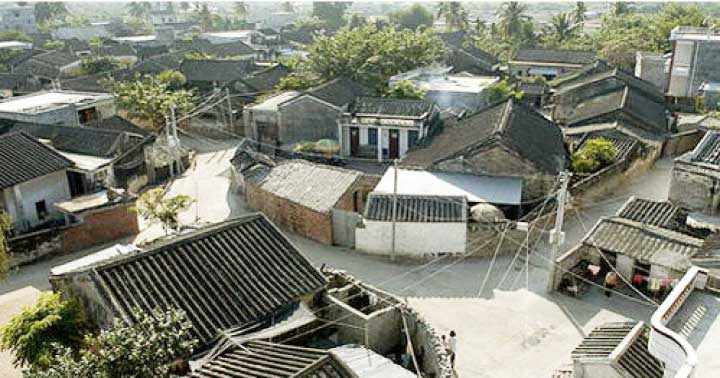 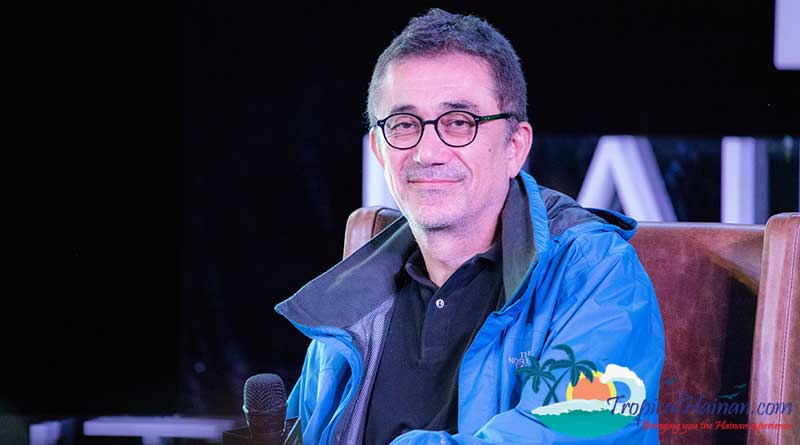