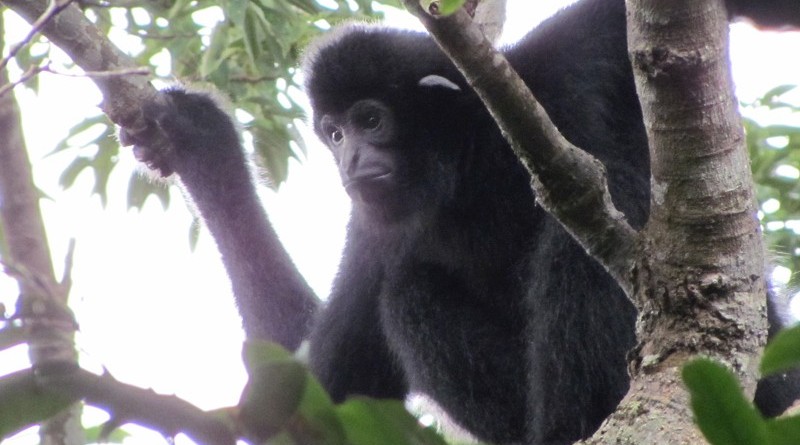 Nature, wildlife & the environment Tips and articles
July 30, 2015December 8, 2016 Patrick 1933 Views
The Hainan gibbon (Image: Jessica V Bryant) Mates sing duets to each other at dawn, but for how much longer? With only 25 individuals left, the Hainan gibbon (Nomascus hainanus) is the primate closest to extinction, but it could be saved thanks to a rescue plan announced this week by the Zoological Society of London. “It’s the world’s rarest primate and the rarest mammal,” says Samuel Turvey of ZSL. It is also evolutionarily unique, as it was the earliest of four gibbon lineages to split off. “Its genetic distinctiveness makes saving it a global priority,” says Turvey. In the 1950s there were 2000 gibbons on Hainan, the island at the southernmost tip of China. But the population plummeted following the growth of rubber plantations and habitat loss, and it has been at the current, precarious level for around three decades. “We don’t know why that is, although it could be that there’s limited habitat available, the individuals can’t find mates, or they don’t want to mate,” says Turvey. The ZSL plan has 44 actions, including building forest canopy bridges and closer monitoring of individuals to find out why they aren’t forming new social groups beyond the remaining three. “One major priority is to make sure the existing population doesn’t go extinct,” says Turvey. “The other, more important, objective is to make sure it increases and expands geographically – that’s the key.” This story was first run in the New Scientist, you can find the original story here https://www.newscientist.com/article/dn27559-last-chance-plan-to-save-worlds-rarest-ape-the-hainan-gibbon/