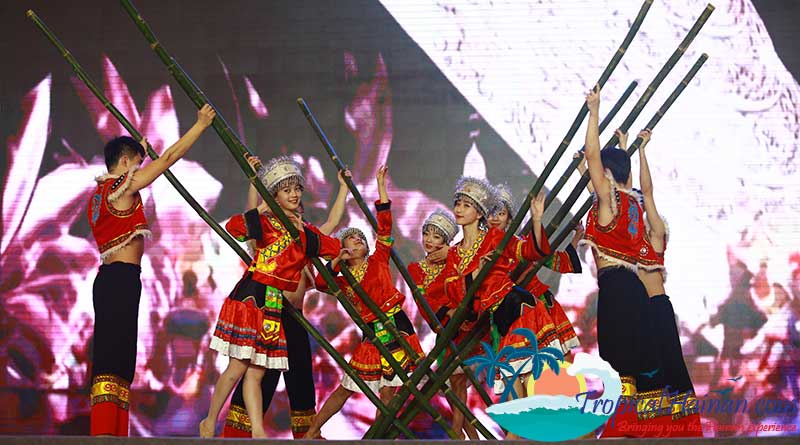 A total of ten dance troupes competed for the grand prize including six teams from Hainan. Different local ethnic styles in costume, music, and choreography combined with the dancers’ superb skill all worked together to give the public a wonderful bamboo dance show experience. 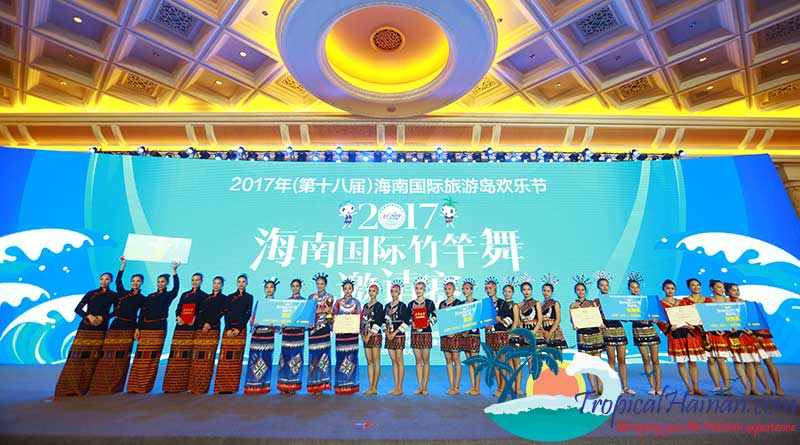 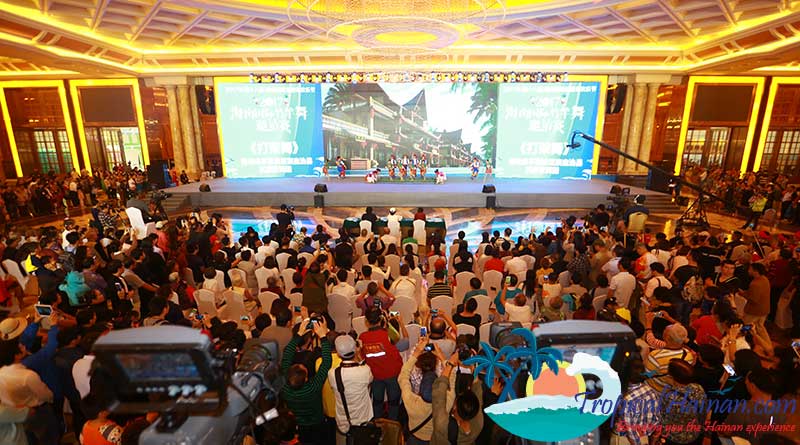 The event was televised and drew a large public audience

The Bamboo Dance Championship is one of the major warm up activities as part of the 18th Hainan International Tourism Island Carnival. It is aimed at introducing more of Hainan's traditional culture and arts to the general public so as to simultaneously enrich spiritual and cultural life while also entertain.

The competition started with 28 troupes and 600 dancers competing in earlier seed rounds as well as the semifinals. These amateur and professional dance troupes came from cities, counties, colleges and universities across Hainan. There were also competitors from Yunnan, Guizhou, and Southeast Asia. Whether full time dancers or talented amateurs, all competitors showed a high degree of professionalism and creative spirit. 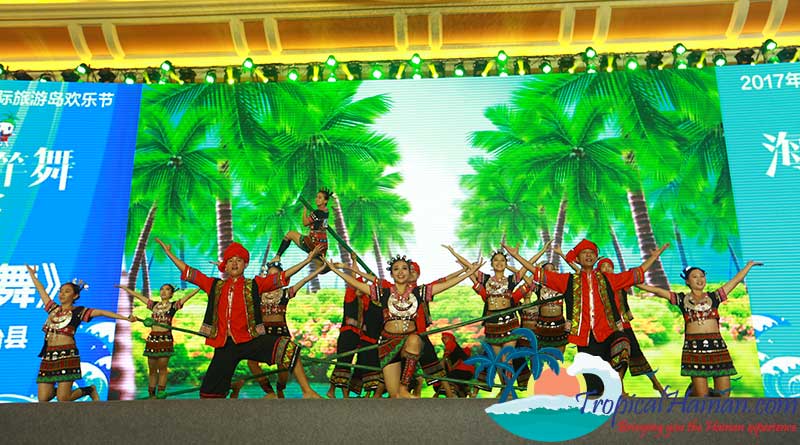 The Hainan Arts and Dance Academy's Performance Joyful Li Fortress and the Guizhou Arts Troupe with Between Waters both were awarded Honorable Mentions. 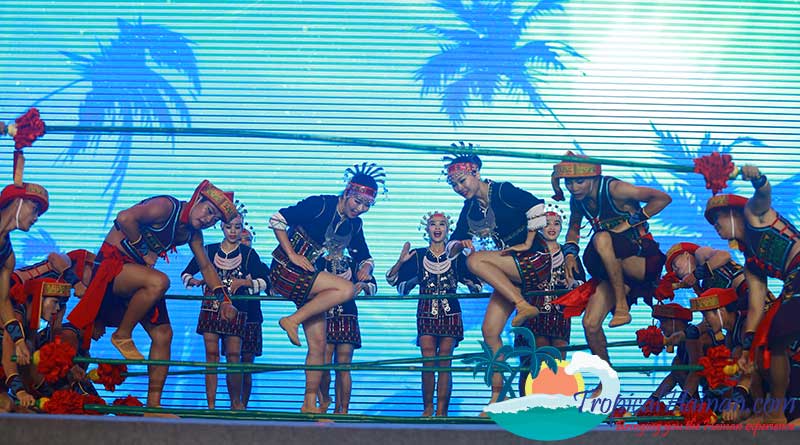 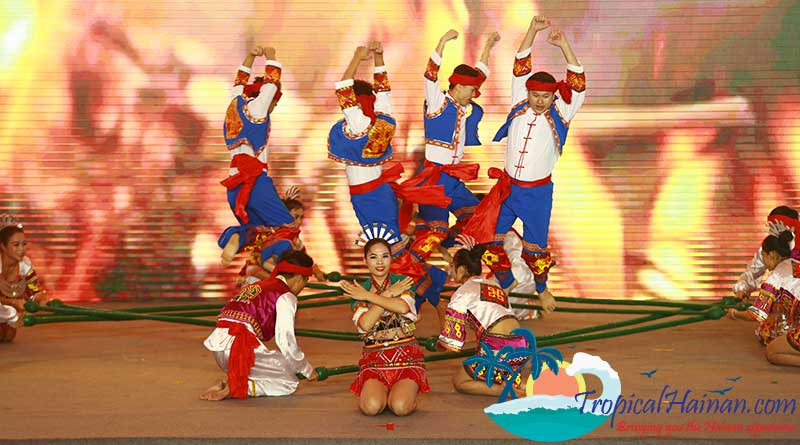 Each of the participating troupes had their own special characteristics. The Ledong Li Minority Autonomous County Ethnic Song and Dance Troupe's performance of Ha Li Bamboo was sophisticated and elegantly performed.

The Qiongzhong Li and Miao Minority Autonomous County’s Folk Song and Dance Ensemble used a novel layout for their dance with numerous inspirations from modern dance forms. With the Firewood Dance, the Baoting Li and Miao Minority Autonomous County Ethnic Song and Dance Troupe chose to perform a classic bamboo dance which was familiar to most of the audience members.

The Yunnan Art Troupe all wore clothing from various Kachin tribal ethnicities including the Wa, the Dai, and the Jingpo. These unusual and stunningly beautiful ethnic costumes gave the audience a truly unique viewing experience. The dance movements of the Southeast Asian Art Troupe were delicate and gentle like the people and customs of those countries. Yiyuan Dance Company, made up entirely of international dancers from countries like Russia and the Ukraine takes a thoroughly different and creative approach to the traditional bamboo dance by adding in elements from cabaret dances such as the Can-Can. The atmosphere at a live show by these dancers is practically electric. 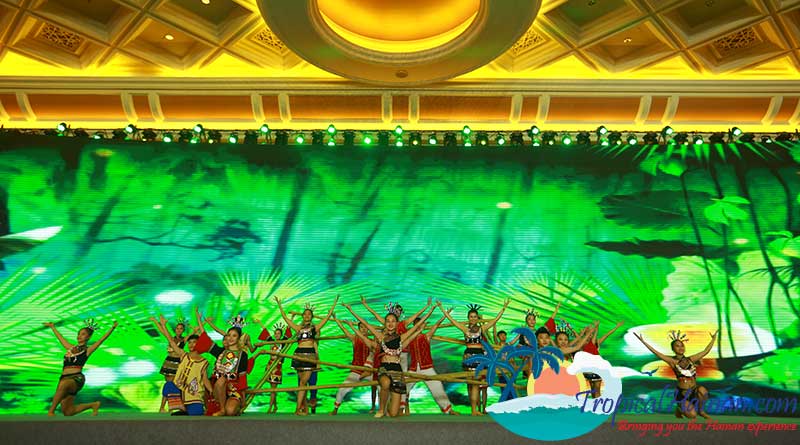 The three judges in attendance at the competition were Ms. MENG Luguang - Deputy Director of the Chinese Ethnic Dance Association and National Grade One Choreographer, Professor ZHAO Xichang - Deputy Chairman of the Hainan Province Dance Association and Director of the Hainan Normal University College of Music and Dance, and Ms ZHOU Linlin - Deputy Dean of the Hainan University Arts Academy and National Grade One Choreographer. These three senior experts graded the competitors using a variety of professional assessment criteria in order to ensure fair and accurate results. 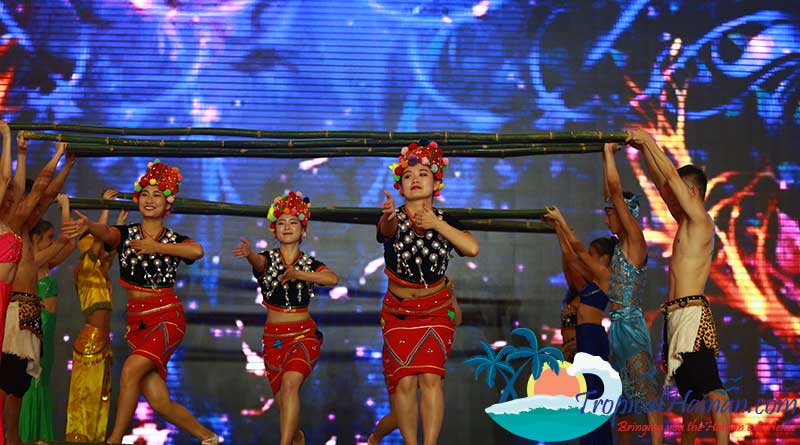 The Yunnan Art Troupe Performs Rainbow Clouds in the South 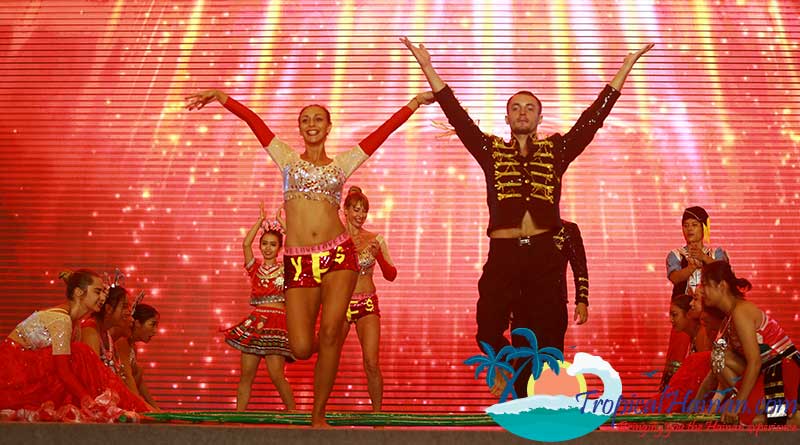 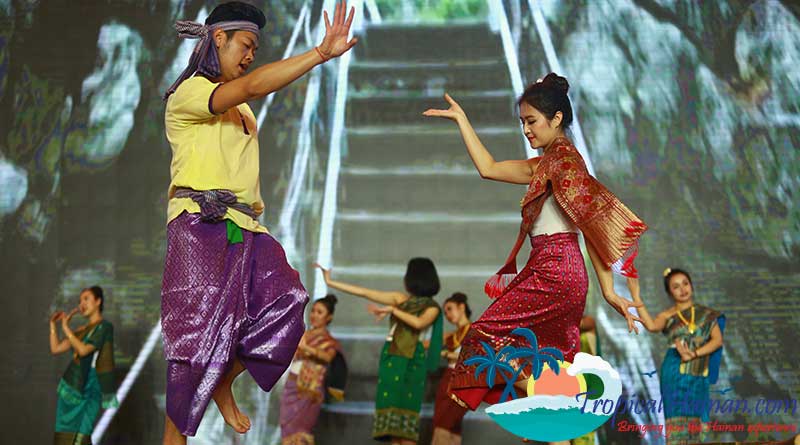 Bamboo dance is a kind of ethnic dance with unique flavor and local characteristics. As it is also a lot of fun to dance and a lot of fun to watch, it is a great favorite of the general public. This competition provides a broad platform for communication by dance troupes from around the world and it is hoped that the hosting of this first session and future sessions of the Hainan International Bamboo Dance Invitational will mark a new chapter in the expansion and recognition of bamboo dances. The organizers and associate organizers have promised that they will continue to do their best to create a distinctive event showcasing the best of local ethnic dance culture not only to people from the rest of China but to those from around the world. The enrichment of the traditional ethnic culture experience is an important part of promoting Hainan International Tourism Island to the world as a must see vacation destination.