According to Yiping, product manager at Nreal, light is the worlds first consumer-facing AR glasses, and Air is a personal portable movie theatre with a massive virtual screen. 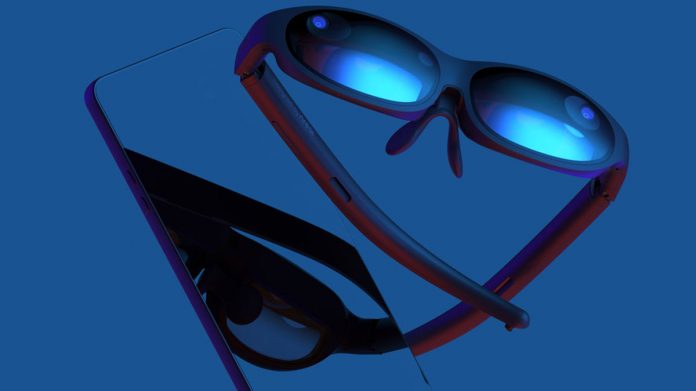 Nreal light and Nreal Air, as its two latest AR glasses are called respectively, are part of its broader push to tap into the metaverse, or a 3D-version of internet.

According to Yiping, product manager at Nreal, light is the worlds first consumer-facing AR glasses, and Air is a personal portable movie theatre with a massive virtual screen.

Nreal Light AR glasses emerged as one of the most lauded products of the CES 2020 tech expo promising to mix bright, high-definition visuals with the real world.

On the light, you can play mobile games on a high contrast, micro-OLED, over 200-inch screen that supports over 16 million colours. The specs support gesture recognition with spatial computing capabilities that run on most android as well as IOS devices.

Nreal have developed an app called Nebula which acts as your home screen. You use your tethered phone as a remote to point at what you want and tap the screen to click.

With Nebula, you can launch mixed reality apps or pin web browser windows around your room.

The current line-up of augmented reality games on Nreal are reported to be very underwhelming. Graphically, they’re impressive (as a tech demo), but not something that will inspire you to return to them again and again.

PC gamers can stream their Steam games right to a pair of Nreal Light smart glasses and the glasses can plug straight into steam deck.

The first beta of Steam on Nreal is available but be cautioned, it requires a bit of setup to get it working. Nreal has a list of games that work well with Steam on Nreal Light and promise wider compatibility in the future.

Nreal does note that “Steam on Nreal” is a beta release that requires a bit of setup effort without going into specifics. The software isn’t yet optimized for all Steam games, but gamers can enjoy titles like DiRT Rally and the Halo series. As an additional benefit, Nreal Light and Air users can already utilise Xbox Cloud Gaming via a browser inside Nebula, Nreal’s 3D system.

For many, the real potential for Nreal augmented reality glasses lies is in productivity.

Imagine a scenario where you go to a coffee shop, plug your glasses into your laptop, and have 3 huge virtual monitors without the need to bring an external display with you.

Nreal AR glasses are amazing for what they are, but it’s important to remember they are an early adopter product with limited software. While the Nreal light specs have been extolled for their bright crisp visuals overlaid on the real world, for some, they are still only a steppingstone to full AR glasses.

Nreal Light augmented reality glasses are currently retailing on Taobao at around 3,000 RMB.

On March 30, the AR company announced that it had completed the C+ round of financing worth $60 million, which was led by Alibaba bringing the company’s funding over the past year to US$200 million.

The start-up did not disclose the other investors who participated in the latest funding round. A previous funding round that was announced in September last year valued the company at US$700 million, according to CNBC, citing a source familiar with the matter.

Xu Chi, founder and CEO of Nreal, said that now, most people no longer doubt whether AR will be the next-generation computing platform, and the Beijing-based company aims to fully tap into the opportunity to bring consumers a new, unique AR experience.

Cloud seeding, what is it, does it work, and should we do it?

How to delete your Wechat chat history on your PC/laptop