Haikou comes in first place in the list of first- and second-tier cities after a massive 19-spot jump, ahead of Guangzhou, Xi’an, Shanghai and Beijing 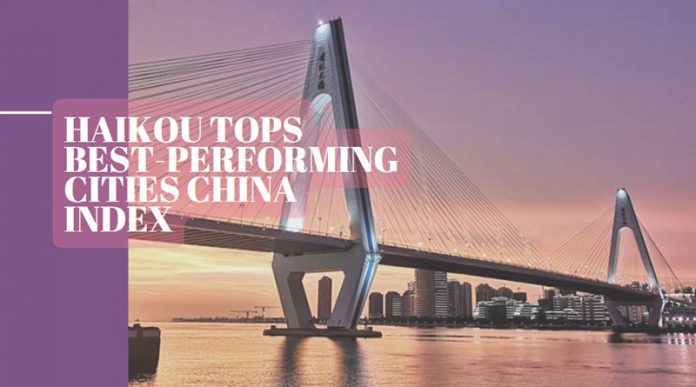 Haikou, the provincial capital of Hainan province and a key city in the 21st-century China Maritime Silk Road, is China’s best-performing city in 2021, according to the Milken Institute’s Best-Performing Cities China index.

This has been driven by greater activity from Hainan’s free trade port, in addition to several industrial projects across the region.

The city of Haikou characterises the government’s efforts to facilitate international free trade and investment in key locations of the country’s One Belt, One Road initiative.

A key goal of this initiative was to facilitate international trade and investment throughout the entire province.

As the provincial capital, Haikou boasts one of the key business parks of the Hainan FTP, its Haikou Jiangdong New Area (HJNA) which offers various policy measures such as low corporate tax rates, investment funds, and streamlined processes for setting up business establishments.

Haikou has recently witnessed an influx of international investment and ranked first among all Chinese cities in 2016–2019 FDI growth in the Milken Institute’s index.

On the strength of the Jiangdong New Area FTP development, the central government extended the FTP for the entire province and issued the Master Plan for the Hainan Free Trade Port in Hainan Province in 2020.

As a key city in the 21st-century China’s Maritime Silk Road, Haikou and to a large extent the entire province, has focused on cultivating the resources for exhibition and trade, services, tourism, and seaport-related businesses.

The city, as well as the entire island province, is a zero-tariff jurisdiction in China for many business and commercial activities.

The Milken Institute’s Best-Performing Cities (BPC) China Index reportedly analyses the latest and most comprehensive official data, found in the China City Statistical Yearbook to track the recent economic performance of Chinese cities. The primary purpose of the series is to offer a tool to policymakers to monitor and evaluate the economic dynamics of cities in China.