Li Shizhen was a medical doctor, from a family of doctors and he spent 27 years scouring the Chinese countryside for thousands of natural remedies, classifying them and compiling them into a huge work of 2 million characters. 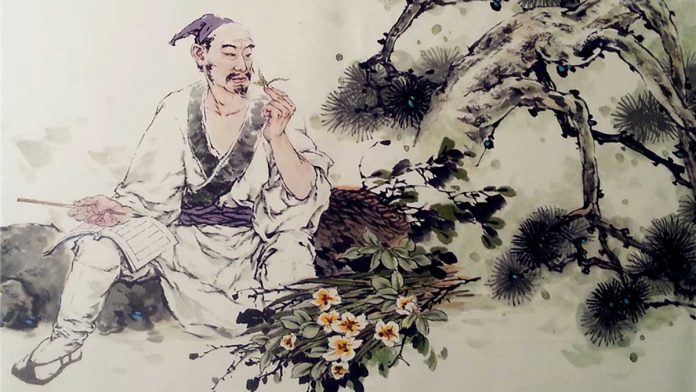 Li Shizhen was a Chinese acupuncturist, herbalist, naturalist, pharmacologist, physician, and writer from the Ming Dynasty. His compendium of natural medicines is celebrated in China as the most complete survey of natural remedies of its time.

He trained as a doctor and worked at the Ming court before spending almost 30 years travelling in China, investigating local plants and animals for their properties, trying them out on patients and himself and then describing his findings in his Compendium of Materia Medica or Bencao Gangmu (本草綱目), in 52 volumes.

He’s been called the uncrowned king of Chinese naturalists and became a scientific hero in the 20th century after the revolution.

The birth of Traditional Chinese Medicine

Traditional Chinese Medicine has a history dating back 3000 years starting from the early Zhou Dynasty in China (1050–221 BCE) or even earlier as the oldest medical writings on herbs were found in Book of Changes (Yi Jing) and Classic of Poetry (Shi Jing).

In these classics, dozens of herbs were mentioned related to healing and diet.

Later, TCM evolved into an independent discipline as accumulated knowledge was documented in (bencao) medical books. Books that record the sources and applications of medicinal materials are commonly known as bencao in China.

One of the earliest Chinese manuals of Materia Medica, the Shennong Bencao Jing (神农本草经), lists some 365 medicines, of which 252 are herbs.

These classic works constitute the early foundation of TCM. As an important part of China’s cultural heritage, these various Bencao texts represent centuries of accumulated wisdom in combating disease and preserving health.

Li Shizhen’s Bencao Gangmu is the most complete and comprehensive medical book ever written in the history of traditional Chinese medicine. The first draft was completed in 1578 when Ming China was at its imperial heyday

The compendium lists, analyses and describes all the plants, animals, minerals, and other objects that were believed to have medicinal properties. The compendium embodies the pharmaceutical achievements and developments of East Asia before the 16th century.

On the basis of his predecessors’ achievements in pharmacological studies, Li contributed further by supplementing and rectifying many past mistakes with regards to the nature of many medicinal substances and causes of various illnesses.

The first edition of the Bencao gangmu contains no illustrations. In later editions, the book is enriched with 1,109 illustrations of minerals, plants and other pharmaceutical objects. These illustrations are positioned at the beginning of the book and were compiled by Li Shizhen’s son Li Jianzhong 李建中 and painted by Li Jianyuan 李建元 and Li Jianmu 李建木. The quality of the paintings are not very good, but they suffice to identify the plants.

While Li Shizhen would refer to previous literature to explain facts and situations he was presented with, he did more than simply reference the old texts and look at past traditions, he went out and experimented, in many cases on himself.

Li Shizhen is also credited with gathering information in ways that were not typical for scholars at the time, he went well beyond just using the old texts. He was interested in acquiring local knowledge wherever he went and talking to local people who, up until that point, would not necessarily have been considered a reliable source of information. He also drew a lot of information from non-medical writings, he references poetry, and religious and historical texts in the bibliography.

Prior to Li Shizhen, a bencao (the Chinese term “bencao”, literally means “rooted in herbs”), almost always, would have been compiled by large teams at direct imperial orders.

Li Shizhen however, as a personal and private project, compiled Bencao Gangmu to be larger, more comprehensive, more rigorous, and more accurate than anything that came before.

During Li Shizhen’s lifetime the Ming Dynasty was the largest single state in the world at that time with a population of about 150 million.

Li Shizhen was born in an area now known as Qichun in Hubei Province in 1518, and while he came from a family of medics, (his grandfather and father were doctors), his father hoped that he would become a scholar and would proceed to an administrative office, either in the capital or in the provinces.

Unfortunately, despite having sat the exams three times, Li Shizhen was unsuccessful in passing them, much to the future benefit of the medical community.

After failing the keju three times, 23-year-old Li decided to give up on becoming an official and to devote his life to medicine, becoming an apprentice to his father studying medical texts instead of Confucian texts.

After his initial training with his father, Li Shizhen worked briefly at the regional court of a relative of the emperor in Hubei Province.

When he was 38, Li is reported to have cured the son of the Prince of the Chu State of his ailments. He was then invited to work as a medical official in the royal court, he was recommended to the Imperial Medical Institute in Beijing as an assistant president.

While working in the government, he had access to many rare medical books. Even though Li had climbed the social ladder, as his father had originally wanted, he decided to leave his government position a year later to return to being a doctor.

Li Shizhen and his work continued to gain notoriety after his death in 1593.

Li Shizhen’s fame grew not just in China, but also in Korea and Japan. The Bencao Gangmu went through 8 editions throughout the 17th century, where the texts spread to Japan and were translated, annotated and re-illustrated.

During the 20th century, after the founding of the People’s Republic of China, Li’s achievements were recognised with postage stamps, posters and movies dedicated to him.

The 1956 film Li Shizhen portrays Li as a barefoot doctor who gave up a very successful career to wander the countryside, braving harsh terrain on the hunt for rare specimens to serve the common people.

The accuracy of this portrayal is up for some debate however. Some scholars argue that while coming from humble origins, by the time Li was completing his works he would have enjoyed a relatively high social status, moving in social circles not too far removed from some of the most influential poets an intellectuals of the time.

In 2015, Chinese doctor Tú Yōuyōu 屠呦呦 was awarded the Nobel Prize in Medicine for her research on Artemisinin, a drug which drastically reduced the death toll for malaria.

In 1969, when she was 39 years old, Tu was appointed head of Project 523, (a project launched by Chairman Mao Zedong in May 1967 to find a cure for chloroquine-resistant malaria). Her first order of business was researching the effects of malaria in situ. And for that, she travelled to Hainan Island.

Her the team reviewed ancient medical texts to understand traditional Chinese ways of fighting malaria and found a reference to sweet wormwood, which had been used in China around 400 AD to treat “intermittent fevers,” a symptom of malaria.

The plant the drug is extracted from is prescribed as a tea to treat chills and fevers from malaria in the Bencao Gangmu.

Tu and two colleagues tested the substance on themselves before testing them on 21 patients in Hainan, all of them recovered.

When she accepted the 2015 Nobel Prize in Physiology or Medicine, her lecture was entitled, ‘Discovery of Artemisinin: A Gift from Traditional Chinese Medicine to the World.’

The Bencao Gangmu was inscribed on the UNESCO Memory of the World Register in 2011.

Related article: Everything you wanted to know about the Chinese calendar but were too confused to ask 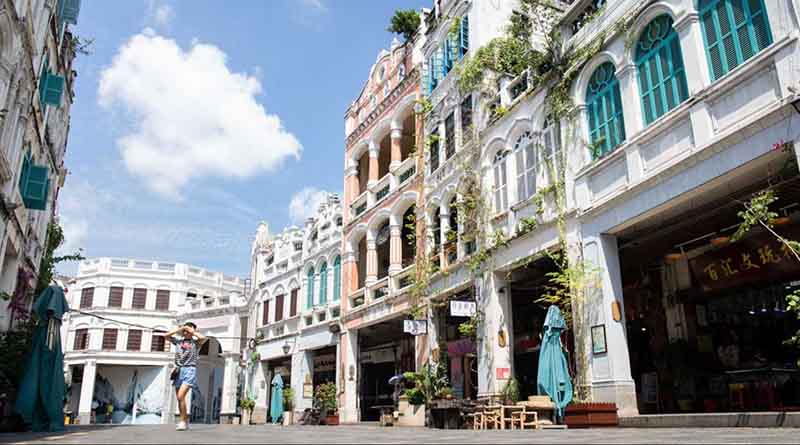 Haikou Old Town, what makes these ancient streets so special and...