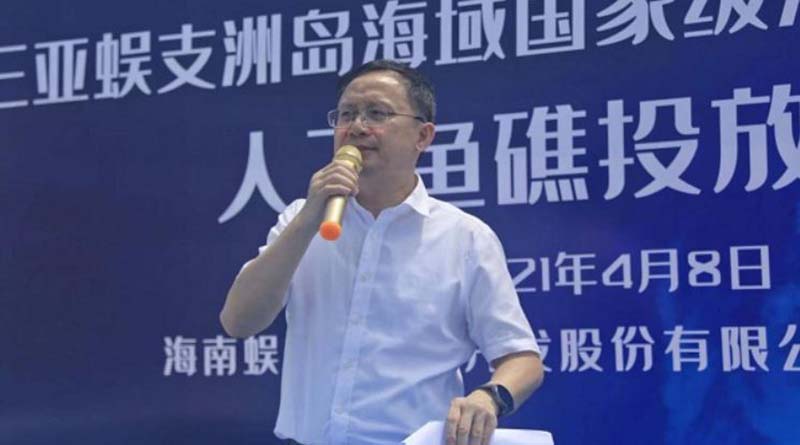 A total of 870 artificial reefs will be created around Wuzhizhou Island within the month, under the technical guidance of Hainan University professor Wang Aimin, as part of efforts to build China’s first tropical “marine ranch”.

Luo Qingming, president of HNU, attended the artificial reef release ceremony on Sanya’s Wuzhizhou Island on April 8. He noted that the construction of the national marine ranch is a typical example of HNU serving national strategies and provincial socioeconomic development in the field of marine science and technology.

870 artificial reefs to be placed around Wuzhizhou Island marine ranch