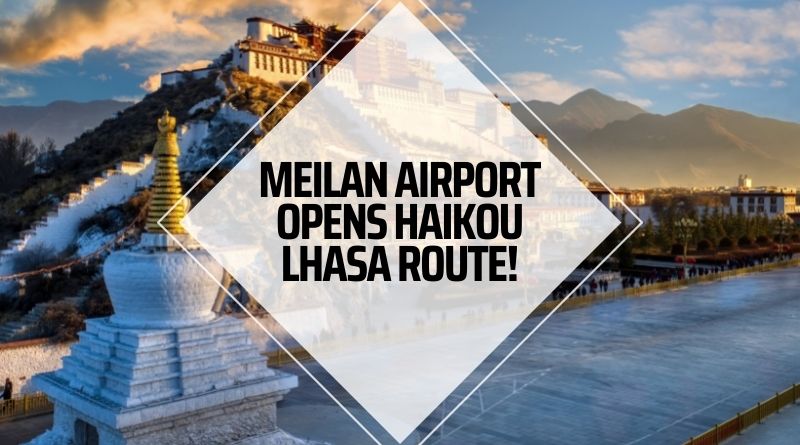 At 10:55 Monday the 6th of December, in conjunction with Tibet Airlines and Haikou Meilan International Airport the “Haikou Chengdu / Lhasa” route officially opened.

It is understood that the route is operated by the Airbus A320 aircraft, and it is planned to fly once a day.

There are currently 789 flights on 139 different routes from Haikou Meilan International Airport, connecting HAK to 136 different cities in 25 different countries.

The second phase of Meilan Airport was officially put into operation on December 2.

In the future, with the expansion and upgrading advantages brought by the second phase of Meilan Airport’s commissioning, Meilan Airport aims to continue to enhance the accessibility of Haikou to second- and third-tier cities, as well as small and medium-sized cities, and further improve and optimise the route network layout.

It is planned that by 2025 Meilan Airport can meet the operational needs of 35 million passengers and 400,000 tons of cargo and mail annually.

Related article: Changes at Haikou International Airport, what you need to know