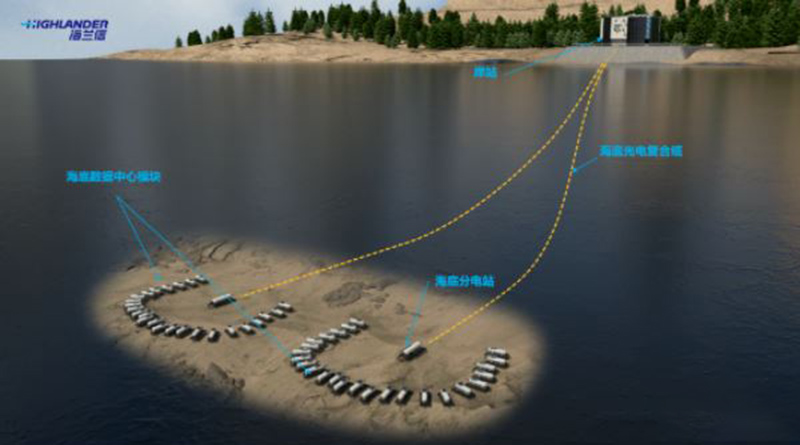 On the afternoon of May 21, the world’s first commercial undersea data center project promotion conference was held in Haikou.

The project is to be located in Changjiang Li Autonomous County. This is down to a number of factors including, sea water temperature, storm impact for the area and the Changjiang nuclear power plant is within close proximity.

The project plans to build 100 subsea data modules with an investment of more than 1 billion yuan and which will be completed in three phases.

It is expected that the annual revenue of the project will exceed CNY 200 million and it is expected to be put into use by the end of 2021 or latest early 2022.

“With the advent of 5G and even 6G, the flow of data will grow exponentially, and the construction of subsea data centers can also meet the needs of future development.”

The undersea data center has many advantages such as: low energy consumption, low cost, high reliability and high security.

When talking about why the project landed in Hainan, Xu Tan, vice president of Hailanxin, said that the policies in the Hainan Free Trade Port are attractive, and the safe and orderly flow of data in the Hainan Free Trade Port is needed. It is hoped that the rich Marine resources in Hainan will be utilized to make the undersea data center available to the rest of the country and even globally.

Li Xingye, general manager of Hainan SenseTime Technology Co., Ltd, which is a partner in the undersea data center project said that based on the preferential policies of the Hainan Free Trade Port, we hope to build a data center with Highlander to drive the construction of Hainan Smart Cities and radiate international business to neighboring countries and regions.

In 2015, Aliyun Zhejiang thousand island Lake Data Center was put into use. The lake water offers natural refrigeration for the submersed data center which reduces energy consumption by 80%.

In 2018, Microsoft had announced that it was pilot-running an undersea data center near Orkney Islands, Scotland, United Kingdom.

The Microsoft project lowered 864 servers encased in huge cylindrical shells to a depth of 117 feet on the slabs of the sea floor and anchored to them to the seabed.

Using the seawater to cool the servers they found that servers in undersea data centers had lower failure rates than those in traditional data centers.

Google did a similar study in 2009, but it floated servers on the sea and patented the idea, but so far it hasn’t been built.

Facebook has set up a data center in a forest near Lulea, northern Sweden (near the Arctic Circle), to deal with heat using polar temperatures.

Tencent Data Center is located in the mountains of Guizhou Province. It uses the low temperature in the mountains, caves and highlands to store Tencent’s high-end core big data.