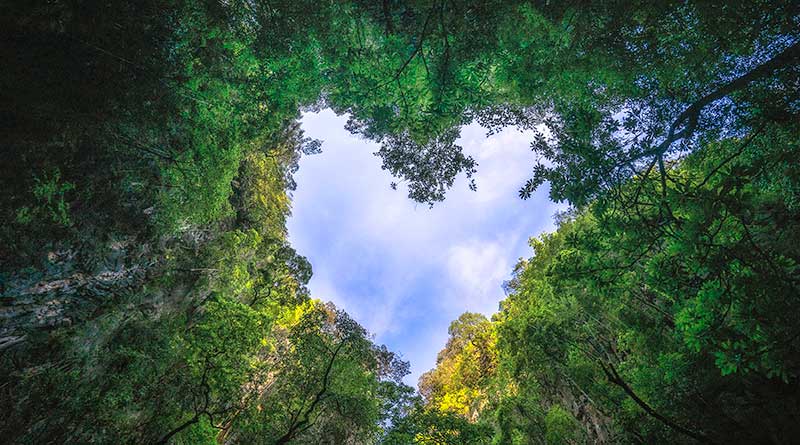 The forestry bureau of Hainan said the province’s tropical rainforest areas reached 659,300 hectares in 2018, and the forest coverage rate in the protected area rose from less than 90 percent to 98.16 percent in the past two decades.

Hainan boasts China’s largest expanse of primeval rainforest, which is home to many rare and endangered species including Hainan gibbons, known as the world’s rarest primates.

According to scientists, tropical rainforests are some of the most bio diverse areas on earth.

So why do more species live in tropical areas?

First we need to explain the latitudinal diversity gradient.

Species richness, or biodiversity, increases from the poles to the tropics for a wide variety of terrestrial and marine organisms, often referred to as the latitudinal diversity gradient (LDG).

The LDG is one of the most widely recognized patterns in ecology.

In Tambopata National Park in Peru, E.O. Wilson once found more species of ant in a single tree than there are in all the British Isles.

Scientists have seen this pattern all over the world, more species exist near the tropics.

Tropical rainforests are some of the most bio diverse places on earth and not just for insects either, this also includes birds, mammals, reptiles and plants.

It’s not just the abundance of life that’s important, it’s how many species we can find in a given area.

Why is it that more species live near the equator?

Life has shown that it can exist and thrive just about anywhere, from the frozen poles to the bottom of the ocean. Yet, earth’s most bio diverse regions are usually tropical rainforests.

One explanation for the latitudinal diversity gradient is that maps lie to us!

Rectangular projections of a map are distortions of a sphere that make the poles look bigger and the tropics smaller than they really are.

In reality, the tropics actually contain about 40 percent of the Earth’s landmass and are home to about a third of the world’s people.

For example, in less than ½ Km2 in the Amazon, we can find as many tree species as we can find in 4 million Km2 of temperate forest.

Species here are at a higher density, so what is special about a tropical eco-system?

One answer to this question is, time.

When evolutionary biologists look at plant fossils, i.e. when and where they find them in earth’s climate history, tropical forests are simply older than temperate forests, they’ve had more time to develop rich diversity.

Another answer to this question is stable conditions.

Animals that live at higher latitudes have to be more adaptable, they have to be able to survive in varying conditions.

Specialisation for animals in these conditions would be risky, they have to be flexible.

The tropics gets, on average, more solar radiation throughout the year, which means that plants and all of the animals they support get more energy, i.e. they’re more productive.

Near the equator there are, on average, roughly the same number of hours in day and night no matter what month it is.

For example, in Haikou the longest day of the year is 13:12 hours long and the shortest day is 10:47 hours long.

The longest day is 2:25 hours longer than the shortest day.

Whereas in Dublin, Ireland the longest day is 9:32 hours longer than the shortest day.

In tropical rainforests, conditions remain relatively stable throughout the year.

Coupled with the fact that the tropics are crowded and competition for resources is extreme, this allows organisms to specialise, like how we find ants or caterpillars that can live on just one single type of plant.

Because climate and seasons are more stable, that specialisation isn’t as risky, hence more species in less area.

There’s also a theory that evolution, (or speciation, the creation of new species by natural forces), actually happens faster in the tropics.

Each new generation of living things gathers mutations, some are good, some are bad and some are neither.

When those mutations are passed onto the next generation, time and natural selection get to work.

The reason bacteria are so good at adaptation is because they reproduce quickly. They have more generations in less time.

The same thing happens in a rainforest, plants and animals grow up faster and they can have more generations in less time.

This drives competition and forces plants and animals to specialise.

So time, energy and area come together to explain why rainforests are an engine for biodiversity.

Chemists know all the elements of the periodic table, physicists are delving deep into subatomic particles that make up matter, but biology still hasn’t answered one of its most basic questions. How much life is there?

Some biologists believe that over many hundreds or thousands of years, species born in the rainforests, expand and seed biodiversity throughout the rest of the world.

This is why it’s so important to protect Hainan’s rainforests, more area means more species.

As E.O. Wilson once wrote, “The study of biodiversity has a time limit”.

Special status for 161 species of rare animals approved on Hainan...