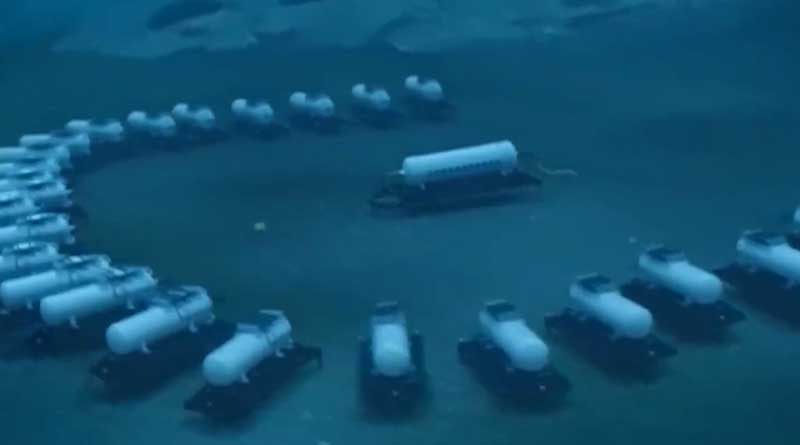 Work has begun on the world’s first commercial underwater data centre, planned off the coast of Hainan Island.

Chinese marine firm Offshore Oil Engineering Company (COOEC) has begun making a full-scale data cabin at its Tianjin Lingang manufacturing site, to be deployed in 20m deep water off the coast of the Hainan Free Trade Port in a project announced in May 2021. The project leader, Highlander, has previously conducted trials of data centre equipment running in an underwater cabin, intended to operate efficiently cooled by the surrounding seawater.

Data centres are fitted with server racks that store and process internet data and consume large amounts of energy to cool their computer networks. Power costs represent up to 70 percent of operation expenses at a data centre in China, according to statistics from Greenpeace.

When asked about why the project is located in Hainan, Xu Tan, vice president of Highlander, cited Hainan’s free trade port policy and a demand at the free trade port to keep data safe and reliable. He said he hoped the undersea data centre would serve the country and the wider world.

“With the advent of the 5G and even 6G era, data will increase exponentially as the construction of undersea data centres could serve the needs of the future development,” Xu said.

Highlander signed contracts in January to build an underwater facility consisting of a projected 100 data cabins, each of which contain racks of servers, connected to land by power and data cables, and making use of Hainan’s nuclear power for low-emission electricity.

According to the COOEC press announcement, the cabins will weigh 1,300 tons (the equivalent of around 1,000 cars) and be connected to land via a “placenta” tank with a diameter of 3.6 meters.

COOEC and Highlander have had to develop a system whose structure and seals can withstand seawater pressure, and corrosion, and have also designed external circulation pipework which is recyclable.

As an offshore engineering equipment company, COOEC will be responsible for the design, procurement, manufacturing, testing, land transportation, and ship-fixing of the first batch of data cabin modules.

Highlander lists benefits including low consumption of energy and water, low construction cost, land saving, and high reliability: “It is a new type of marine engineering that effectively saves energy and resources and integrates technology, big data and low carbon, and has far-reaching significance for promoting the green development of the data industry,” says the latest release.

The project is commercial but is labelled the Hainan Subsea Data Centre Demonstration Project, backed by Sanya City, Beijing Highlander and its subsidiary Hi-Cloud, in conjunction with the Hainan Provincial State-owned Assets Supervision and Administration Commission.