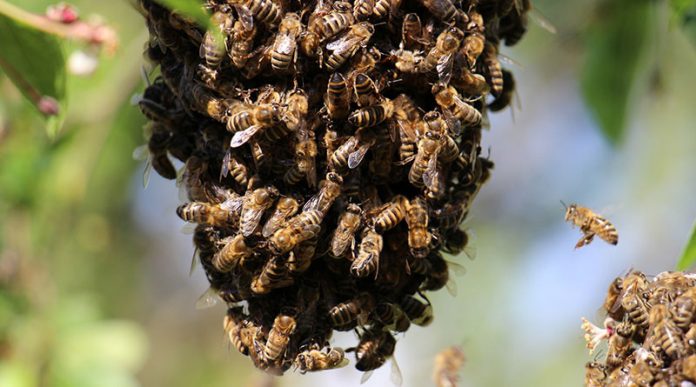 April to June is the active season for bees as a local family in Meilan District, Haikou City discovered recently when they encountered a group of “uninvited guests” in their home.

According to the owner, he didn’t know what attracted them, “I don’t know what the reason is, some bees simply flew into the house. At first, I thought they would fly away after a while, but they didn’t and more and more started to fly in, and there was a harsh ‘buzzing’ sound all over the house. People were frightened, so we called the police.”

The Meilan fire department said locals should be aware that every year from April to June is the active bee season.

What to do if attacked by wild bees

The power of bee venom should not be underestimated, but bees generally do not actively attack. In the case of a wild bee attack, immediately protect your head and neck with clothing.

If the wind is strong, you can run against the wind, or lie down on the ground. Don’t try to fight them off, otherwise you will attract more bees to attack.

In Hainan it is not recommended to approach beehives or bee colonies. Brightly coloured clothes are more likely to attract bees.

If a beehive is found in a residential area, it is best to call the fire station or other professionals to deal with it.

Click here to find out how to deal with bee stings