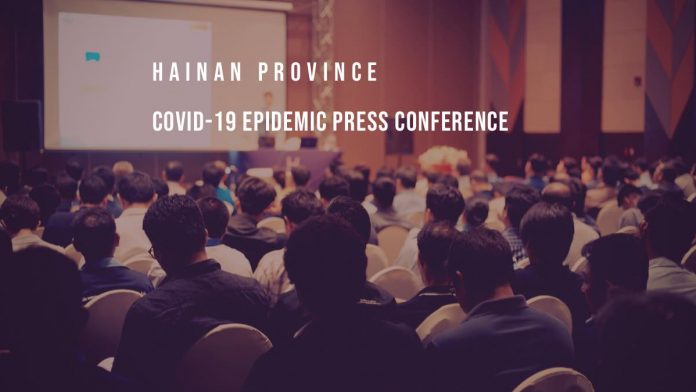 December 23rd, the Hainan Provincial Epidemic Prevention and Control Headquarters held a press conference to report on the latest COVID-19 situation on the Island.

According to a spokesperson, the epidemic situation in Hainan Province is in a rapid “growth” stage, and is expected to hit a peak period soon. From the perspective of gene sequencing, the main strains of the virus in the province are BA.5.2, and BF.7.

As the number of people arriving in Hainan Island increases, the different types of virus strains are also expected to increase.

According to the press conference, the data model predicts that the number of COVID-19 infections in the province will increase exponentially.

With New Year’s Day, the Spring Festival holidays, a surge in the number of winter birds (people traveling from colder regions to winter in Hainan), and migrant workers returning to their hometowns, the risk of a rapid rise of the epidemic in rural areas increases.

In response to the rapid development of the epidemic, Hainan Province has established a 5-level emergency response mechanism for fever clinics.

Currently, there are 432 fever clinics (consulting rooms) in the province’s medical institutions. Each city and county is required to build at least one temporary shelter fever clinic.

There is a program currently underway to vaccinate the elderly and winter bird populations.

All cities and counties are required to establish numbers for floating and winter bird populations, and manage them separately.

According to the number of permanent residents, the first dose vaccination rate was 93.9%. The vaccination rates for second and third doses for 80 years old and above reached more than 90%.

Hainan has established medical service emergency teams, with a total of 23 leading hospitals in 15 counties, each emergency team has at least 18 people.

A province-wide communication and contact mechanism has been established to conduct a preliminary investigation of special groups in combination with the maternal and child management system, and formulate a personalized management plan for each high-risk pregnant woman.

Secondary and tertiary hospitals are to provide grassroots medical institutions with 5G consultation, strengthen treatment platforms for “Hainan Obstetric Severe Illness” and “Hainan Children’s Severe Illness”, and ensure that information on critically ill pregnant women and children is reported, coordinated, and experts are available for response and treatment and a safety barrier for mothers and babies has been built.