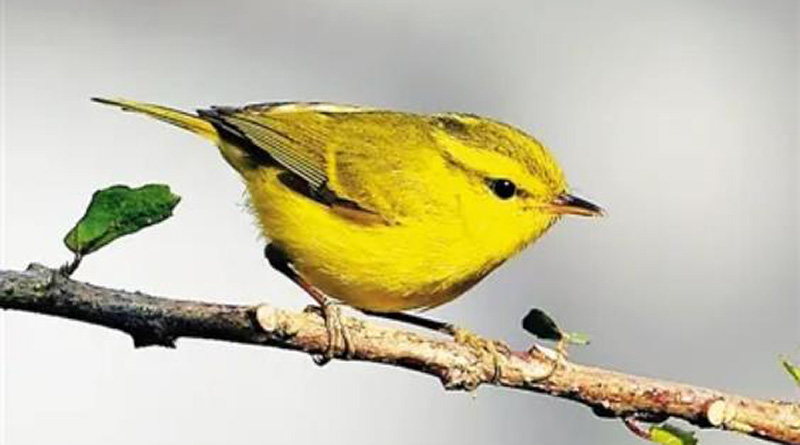 Hainan Island has 3 species of endemic birds and the Hainan leaf Warbler Phylloscopus Hainanus is one of them. The other two are the Hainan Peacock Pheasant and the Hainan Mountain Partridge.

In 1980 the Leaf Warbler specimens were examined by Swedish scholars Per Alstrom and Urban Olsson where they compared them to other specimens from field investigations and in 1993 the Hainan leaf warbler was officially identified as a new species.

Today, the specimen collected in Diaoluo Mountain is kept in the Herbarium of the Institute of Zoology at the Chinese Academy of Sciences. The specimen is dated 1962.04.20 and it is still unclear who made the initial finding.

At present, the Hainan Leaf Warbler is included in the “List of Provincial Key Protected Wild Animals in Hainan Province”.

This species, known from only a handful of sites, has a small and declining range as a result of widespread deforestation, it therefore qualifies as Vulnerable.

The species occurs in primary, selectively logged, and secondary forests and scrub at 640-1,500 m. It may previously have occurred at lower elevations where very little forest now remains. Fledged young and nests have been found in April with breeding apparently completed by May.

The Hainan Leaf Warbler is one of three endemic species of birds local to Hainan Island. Found in the mountainous regions of Hainan.