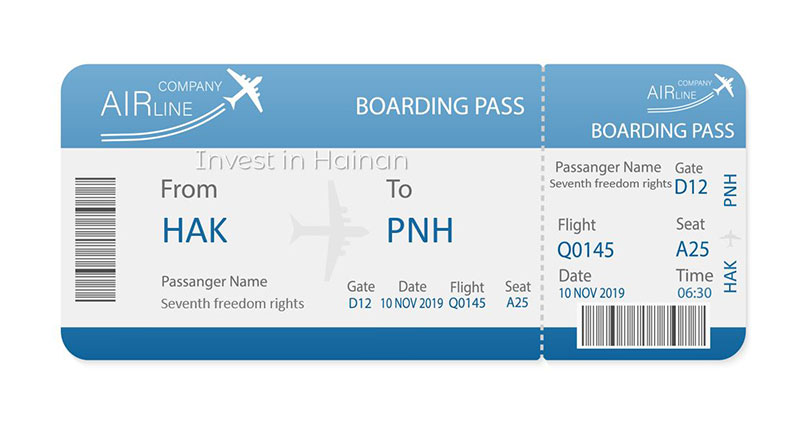 Hainan is a major aviation province. In 2019, 4 airports in Hainan received over 45 million passengers, ranking 12th in the country.

Hainan plans to open more than 100 international routes within two to three years, and promote air connectivity with countries and regions along the “Belt and Road”.

Hainan has obvious location advantages, as China’s southernmost open gateway, and also an important node of the “21st Century Maritime Silk Road”. In the future it will form an international aviation network centred on Haikou.

By the end of October 2019, there were over 500 flight routes operating in Hainan, including 96 international and regional routes.

Air base for international airlines

This is the first time for China’s civil aviation to pilot the opening of the Seventh Freedom for both passenger and cargo transportation at the same time. Hainan has the most open “sky special zone” in China.

Hainan is speeding up the construction of new airports and renovation and expansion of existing airports, i.e. phase II of Haikou Airport, Sanya new airport, and the airports in Danzhou and Dongfang.

The central government supports Hainan to attract social capital for infrastructure construction, i.e. airport construction and operation, general aviation and aircraft maintenance along with expansion of the fifth freedom of air and pilot the opening of the seventh freedom of the air.