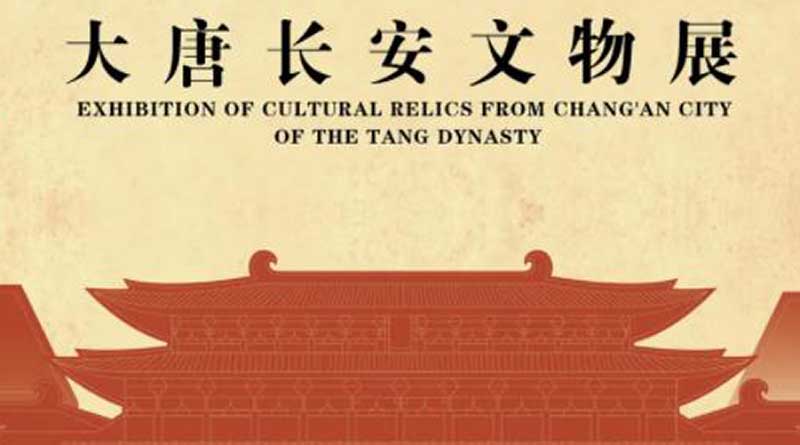 From December 11, 2021, to March 11, 2022, the “Changle, Weiyang-Datang, Chang’an Cultural Relics Exhibition” will be on display at the Hainan Provincial Museum.

On the theme of Chang’an civilization in the Tang Dynasty, the exhibition will showcase the city of Chang’an from different angles, showing the Chang’an people’s diet, daily life, entertainment, clothing and decorative arts as well as Chang’an’s foreign exchanges.

The exhibition is divided into three sections: City of the Orient, Changle Chang’an and Transportation of the World, all outlining a colorful picture of a flourishing age, from the bricks and tiles used to build the Daming Palace to the eating utensils used by the Chang’an people and from various statues of Tang figurines to the costumes and makeup worn at the time.

Chang’an, the traditional name for Xi’an, was the capital during the Tang Dynasty. During its heyday, Chang’an was one of the largest and most populous cities in the world.

Around AD 750, Chang’an was called the “million-man city”, as there were millions of people calling it home, including a large number of foreigners, merchants, missions, monks and foreign students.

Chang’an was also the starting point of the land silk road.

Chang’an developed into the world’s largest capital in the Middle Ages, and with a total area of 84 square kilometers, it took 72 years to complete its construction.

During this period, agricultural productivity was also greatly developed and commerce prospered. The east and west markets in Chang’an city were international commodity trading centers that attracted people from all over the world.