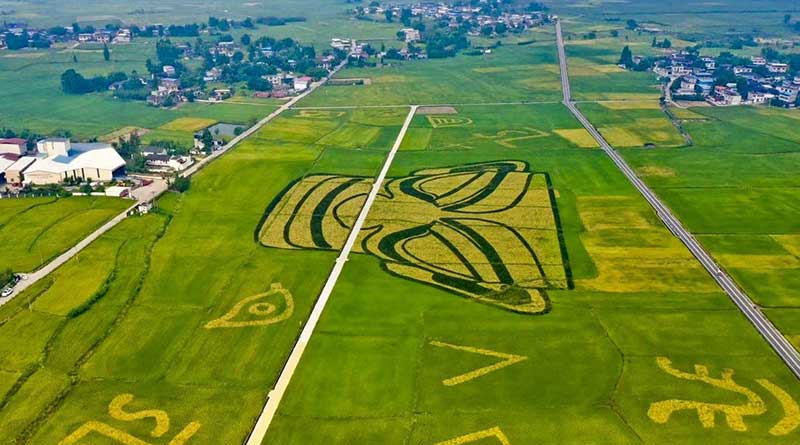 According to government researchers and officials, bronze aged treasures unearthed at the Sanxingdui site in Guanghan, Sichuan, belonged to a highly-developed civilisation that may have lasted for thousands of years but never actually appeared in any historical records.

A massive dig which started in 2019 unearthed more than 500 artefacts made from gold, bronze, jade and ivory dating back to more than 3,000 years ago, including a gold mask that may have been worn by a priest.

Now, farmers near the Sanxingdui archaeological site in Guanghan, Sichuan province, have created a giant reproduction of the famous Bronze Age gold mask – on their rice fields.

In March, archaeologists revealed the discovery of a broken gold mask, possibly worn by a priest, along with more than 500 other artefacts at Sanxingdui, or “Three Star Mound”, one of China’s most important archaeological sites.

The 50-acre mask design, accompanied by a series of mysterious symbols, was “painted” on a 100-acre field, about the size of 75 football pitches, just in time for the Mid-Autumn Festival harvest season.

Around 100 villagers were involved in planting the rice for the massive agricultural artwork, according to Wang Mingjun, the Communist Party secretary of Shanglin village. 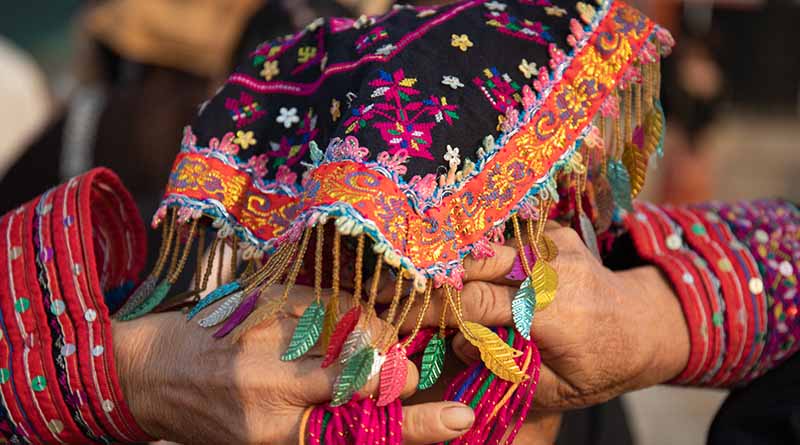