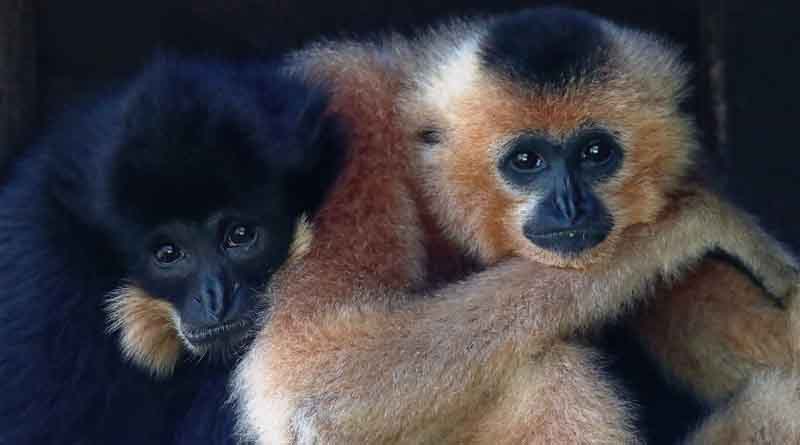 On September 5 the World Conservation Conference was held in Marseilles, France. During which several offline-online press conferences were held.

During an online Haikou-Marseilles press conference, the latest Hainan Gibbon numbers were released.

At the beginning of March 2021, the Hainan Gibbon Monitoring Team from the Bawangling Branch of the Hainan Tropical Rainforest National Park Administration were conducting daily routine monitoring.

During the monitoring process, they found that the two family groups B and D both increased by 1 baby ape.

At the time of discovery, one gibbon was 7 months old and the other 6 months. They found both to be in good health and signs of growth and development were normal.

According to figures, in 2020 there were 5 family groups making up 33 gibbons living on the island. The latest additions bring the new number to 5 family groups of 35 gibbons.

“The Hainan gibbon is a very important example of how we can have a conservation success even when a species gets down to a very low level,” said Russell Mittermeier, chairman of the IUCN-SSC Primate Specialist Group.

The Hainan Gibbon has been assessed as critically endangered by the World Conservation Union and is listed as one of the 25 endangered primate species in the world.

Currently, the Hainan Gibbons can only be found within the pilot area of the Hainan Tropical Rainforest National Park.

In the pilot area, strengthening the research and protection of Hainan gibbons is the top priority of the national park system.

An invitation was issued at the press conference, welcoming scientists from all over the world to participate in protecting Hainan’s tropical rainforest and Hainan gibbons.