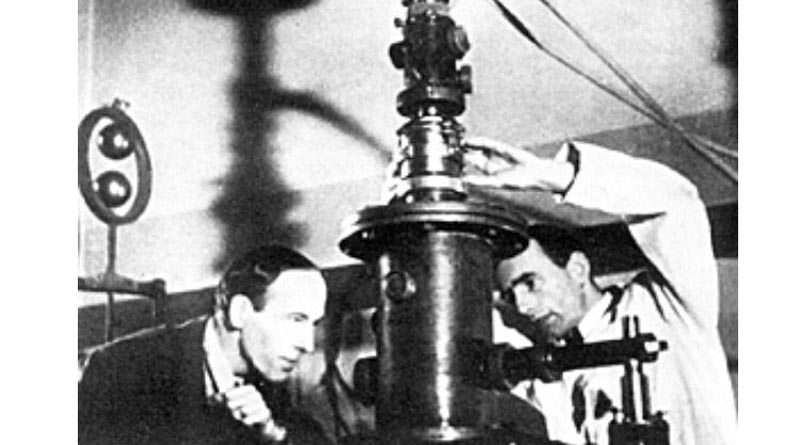 Viruses are microscopic parasites, generally much smaller than bacteria. They exist in a grey area, on the boundary of what is considered life. They lack the capacity to thrive and reproduce outside of a host body.

How smaller are most viruses compared to bacteria?

Quite a bit. With a diameter of 220 nanometers, the measles virus is about 8 times smaller than E.coli bacteria.

At 45 nm, the hepatitis virus is about 40 times smaller than E.coli.

How were they discovered?

Toward the end of the 19th century scientists were looking for the cause of a disease in tobacco, (the tobacco mosaic disease), and were stumped. Researchers believed the cause of the disease was bacterial but they couldn’t isolate it under a microscope.

According to a 2009 article published in the journal Clinical Microbiology Reviews, it wasn’t until the electron microscope was developed in 1931 by German scientists Ernst Ruska and Max Knoll, that the first virus could be visualized with the new high resolution technology.

Viruses contain the key elements that make up all living organisms: the nucleic acids, DNA or RNA (any given virus can only have one or the other).

The simplest viruses consist of two basic components: nucleic acid (single- or double-stranded RNA or DNA) and a protein coat, which during infection, attaches to receptors on the host cell.

According to Jaquelin Dudley, a professor of molecular biosciences at the University of Texas at Austin, “The virus cannot reproduce itself outside the host cell because it lacks the complicated machinery.”

According to Medical Microbiology, the primary role of the virus is to “deliver its DNA or RNA genome into the host cell so that the genome can be expressed (transcribed and translated) by the host cell.”

First, viruses need to get inside a host’s body. Respiratory passages (nose, mouth) eyes and open wounds can act as gateways.

Viruses then attach themselves to host cell surfaces, they do so by binding to cell surface receptors, like a key fitting into a lock.

There are different modes of entry into the cell for different types of viruses, the influenza virus for example, is engulfed by the cell, others like the polio virus burrow through the membrane.

Once inside, viruses release their genomes and hijack various parts of the cellular machinery. The viral DNA or RNA incorporates itself into the host cell’s genetic material and induces it to replicate the viral genome.

The viral mRNA directs the host cell to synthesize viral enzymes and capsid proteins, and to assemble new virions, (a complete, infective form of the virus outside a host cell, with a core of RNA or DNA and a capsid.)

During release, the newly-created viruses are released from the host cell, either by causing the cell to break apart, waiting for the cell to die, or by budding off through the cell membrane.

How many viruses are released from each infected cell?

This is referred to as the viral burst size.

Burst sizes for different viruses have a large range corresponding with the range of different sizes of the host cells.

For example, SIV, a cousin to the HIV virus, has a burst size of ≈ 50,000 whereas cyanobacteria viruses have characteristic burst sizes of ≈ 40-80

The symptoms of viral diseases result from the immune response to the virus, which attempts to control and eliminate the virus from the body and from cell damage caused by the virus.

Update on preventive measures to be put in place across Hainan