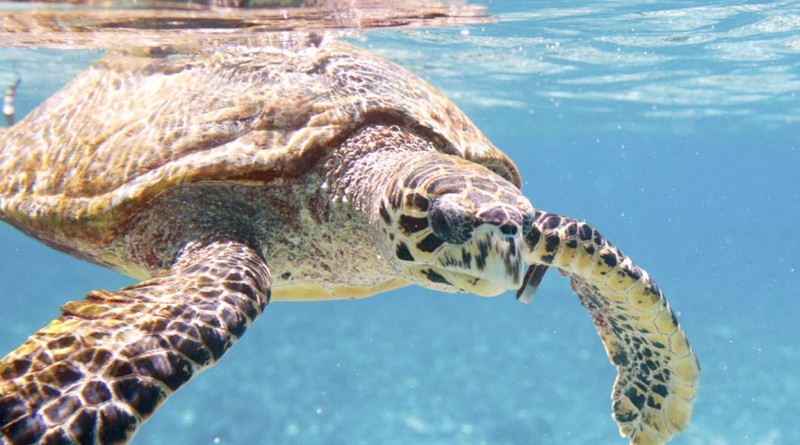 This was no usual boat cruise. Rousing Chinese music, sounding more patriotic than pop, blared out of the speakers. The motorboat operator wore the sea foam-green shirt of the Chinese Coast Guard’s police force. Motoring through the harbour, we passed one floating home after another – each a small house built on a wooden platform over the water, with red paper lanterns in the corners and laundry flapping on the washing lines. 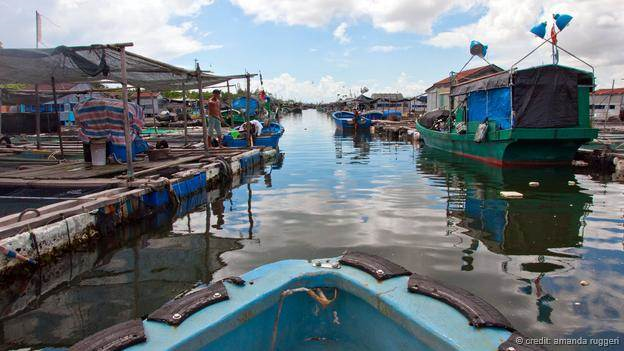 Although I was a visitor in the floating village of Lingshui, located just off the South China Sea island of Hainan, the boat ride wasn’t for me. It was for my seven-year-old travel companion. 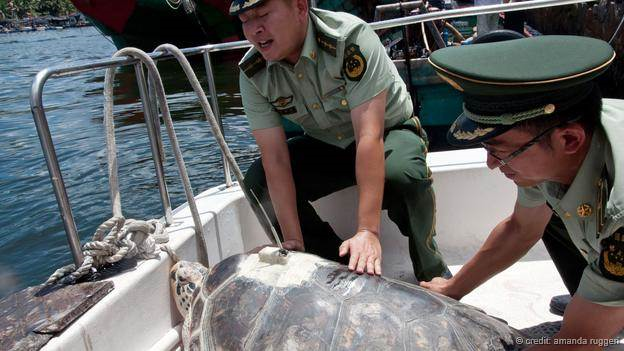 At 75kg, he already was so large that he could barely squeeze into the space at the motorboat’s stern. Eager to get into the water, he bucked his head and flapped his flippers. After all, it would be his first time tasting freedom. Raised in captivity, the green turtle was going to be released after this boat ride, his movements charted by satellite communication with the 17cm antenna that rose from his shell. 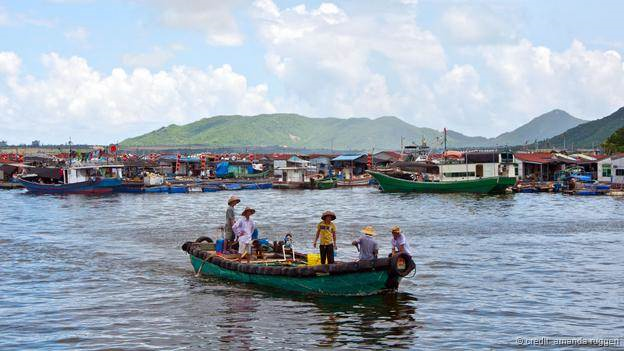 A floating fishing village with 4,500 residents, Lingshui is also, quietly, home to something else: Sea Turtles 911, China’s only non-profit focused on saving sea turtles.

In some ways, the location choice seems odd. Most sea turtle species are endangered, and, along with climate change and coastal development, fishermen have historically been one of their main threats. In coastal areas worldwide, both sea turtle meat and eggs are considered culinary delicacies, while the shells have been good luck symbols for centuries in Asia, thought to have medicinal properties and coveted for ornamentation and jewellery. Even now that the sea turtle trade is illegal, both by Chinese and international law, all parts can fetch high prices on the black market. As a result, selling turtles is a tempting option that has devastated sea turtle populations. This is particularly true in Southeast Asia’s “coral triangle”: ground zero for the biodiversity of the world’s oceans and home to six of the world’s seven marine turtle species. In fact, Hainan – wedged in the South China Sea between the coral triangle and the hungry market of mainland China – has been a pivotal location for the illegal trade. According to a 2012 report by Traffic East Asia: “It appears that the majority of illegal fishers involved originated from Hainan, the majority of catches were landed in this island province, and the Hainan markets were the main source for processing and distributing turtle products northward into mainland China.”

Yet this connection between the island and the animal was exactly why Frederick Yeh, the founder of Sea Turtles 911, started his non-profit here: to increase awareness of the turtles’ plight in order to address the problem at a local level.

Our boat pulled up to a wooden platform about 1km out into the harbour, surrounded by the fishermen and their homes. Like the other structures in Lingshui, the sea turtle hospital is little more than a small dock topped with a hut. First impressions, though, were deceiving. Inside, medications and IV drips stocked the building. Outside, a large, netted cut-out from the wooden platform served as a lap pool for about 15 sea turtles, including vulnerable olive ridley turtles, endangered green turtles and critically endangered hawksbills. Yeh scooped out a large hawksbill turtle named Genie and held her up. She had a large scar on her bottom shell, the result of being accidentally caught on a fishing hook. Brought to the attention of Yeh and his volunteers in May 2014, Genie had been brought to the hospital and nursed back to health; now, just four months later, she was being released.

But the turtles aren’t just hurt by fishing. The other risks they face can be just as pernicious, like polluted water, which can give them bacterial, fungal and viral infections, or the plastic bags they ingest, mistaking them for jellyfish. All of those factors are decreasing the sea turtle population significantly, something Yeh has seen first-hand. Born on Hainan but raised in the US, Yeh had just graduated from Maryland’s Johns Hopkins University as a medical student when, on a visit to Hainan, he saw that the turtle population was hugely diminished from when he was a child. Those that used to nest on the island’s beaches no longer did. Yeh moved back to Hainan and, in 2008, started the foundation. Since its opening, the non-profit has rescued 273 sea turtles, rehabilitating and releasing 238 of them. 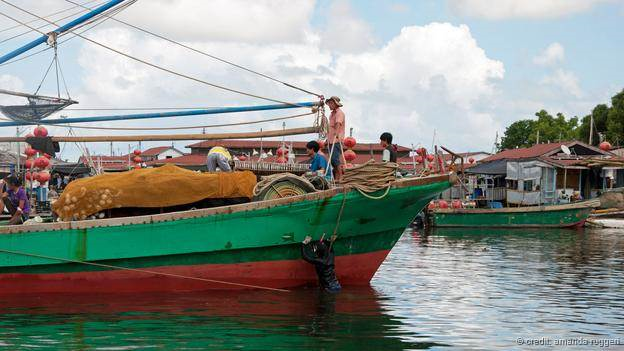 More than a rescue mission, Yeh wants to increase awareness of the sea turtles’ plight. Like any marine animal, the disappearance of sea turtles affects the entire ecological system.

“Turtles are like underwater lawnmowers: they eat sea grass,” Yeh said. In the same way that lawn grass needs to be cut regularly to stay healthy and continue to grow, so does sea grass. “A lot of fishermen talk about how there are fewer fish today. Well, if sea grass isn’t there, it produces less oxygen, which leads to less fish.” Sea Turtles 911 is only one part of a multi-pronged plan to raise awareness. In the city of Sanya, for example, even the Ritz-Carlton has gotten involved. The hotel has a purpose-built pool for rehabilitating sea turtles, offer educational classes and hosts turtle releases from its beach.

On a visit to the Ritz-Carlton sea turtle sanctuary – “it’s like a mini hotel for turtles,” said Michel Goget, the hotel’s general manager – I watched Yeh carefully show the animals to children staying at the resort. One turtle had a swaybacked shell, the result of lordosis, a spinal disorder caused by malnutrition. As a hatchling, Yeh explained, the turtle had been a pet and had not been fed the varied diet that it needed.

Many of the children were from cities on China’s mainland and few had ever seen sea turtles before. This in-person encounter, Yeh hoped, would stick with them – enough to know, as adults, not to order sea turtle meat in a dish like turtle soup, and maybe even to spark an interest in helping the animals, too. The Sea Turtles 911 team also studies where today’s turtles are making their habitats, information that can help researchers figure out how best to help the reptiles. That was why today’s release, the 75kg green turtle, was outfitted with an antenna. They’d know if he wound up promptly caught in a fisherman’s net or thriving in the wild.

Leaving the turtle hospital, I climbed into a boat with some local reporters. Yeh, a couple of volunteers and several Coast Guard policemen loaded the boat with the green turtle and we headed for the open sea. 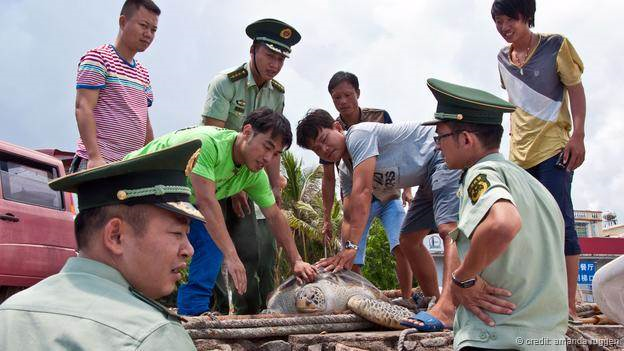 As the fishermen’s village fell away behind us, the boats idled to a stop. It took five men to haul the turtle up from the floor. He balanced on the edge of the boat, in their arms, antenna sticking up to the sky. The reporters’ telephoto lenses snapped like firecrackers. Someone shouted. Everyone let go of the turtle at once. He plunged into the water with a smack, followed by the sound of 10 people cheering and clapping. As he swam away from the boat, we could still make out his silhouette under the water, moving with a grace no one could have guessed from his flapping and bucking on board. Yeh pointed at his shape as it moved farther and farther. And then the turtle was gone.

This article originally appeared in the BBC Travel website. you can view the original here