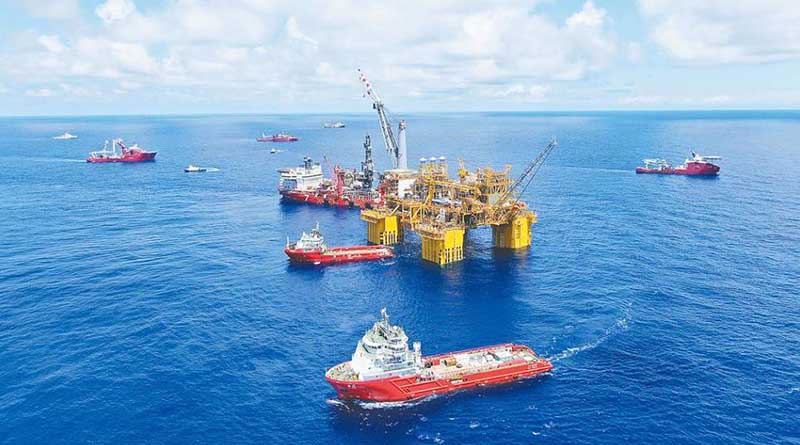 After the gas field is put into production it will provide a stable supply of over 3 billion cubic meters of deep-sea, natural gas to Guangdong, Hong Kong, Macau, the Greater Bay Area, Hainan, and other places.

The field will reportedly ensure national energy security, drive the economic development of surrounding regions and transform and upgrade the area’s energy structure.

According to You Xuegang, general manager of the “Deep Sea No. 1” large gas field development project team, the gas field consists of two parts: the east and the west.

It has been developed using a semi-submersible production platform, an underwater production system and a submarine pipeline. It utilises column oil storage technology to store condensate oil which has been separated from the deep-sea natural gas.

A total of 11 development wells have been deployed in the east and west regions of the gas field. The wells in the west region were put into production from June 25 this year.

The west and east areas of the oil field were not developed independently.

Although the two areas have their own underwater production systems, most of the equipment and facilities are interconnected and share a semi-submersible production platform, the ‘Deep-Sea No. 1energy station.

The Deep Sea No.1 energy station is Chinese designed and it is the world’s first 100,000-ton deep-water semi-submersible production storage platform.

The construction of the platform was finished in January 2021 after 21 months of work by some 4,000 workers.

The platform is able to store a maximum of 20,000 cubic meters of condensate, a very light oil that typically co-exists in a natural gas reservoir.

In February 2021 it was towed into the Lingshui, South China Sea where the equipment and facilities were installed. It took 18 days for the giant platform to sail 1,600 nautical miles from the Yantai shipyard to the site of the gasfield, about 150 kilometers (93.21 miles) southeast of Hainan Island, it was towed by three high-horsepower tug vessels.

The machinery was completed at the end of May and put into production at the end of June. At the same time, the installation and commissioning of equipment and facilities in the east area of the gas field were also progressing.

Yuan Yuan, director of the “Deep Sea One” gas field, said that the CNOOC technical team established a “one use, one backup” communication line to monitor key data such as pressure, temperature, and flow rate of underwater production facilities in real-time.

According to reports, gas produced by the “Deep Sea No. 1” large gas field has arrived at the Zhuhai Gaolan Natural Gas Processing Plant and will be connected to the national natural gas pipeline network.

The full commissioning of the “Deep Sea No. 1” large gas field will drive the development of new deepwater gas fields such as the Lingshui 25-1 in the surrounding area, forming a cluster of gas fields.