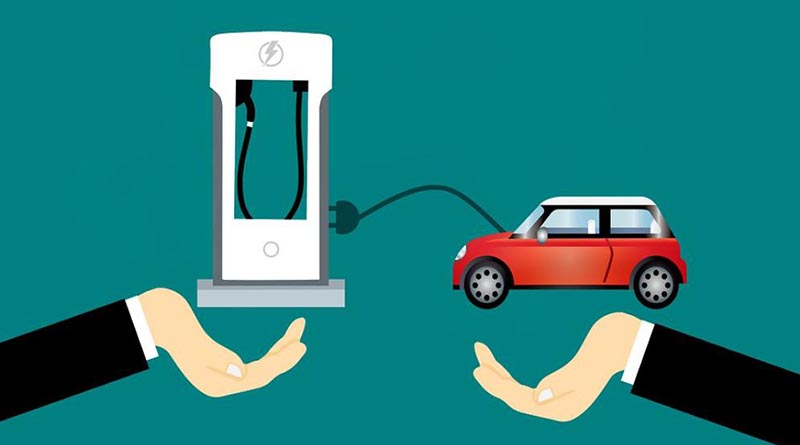 The term “new energy vehicle” (NEV) is used in China to designate all road vehicles that are partially or fully powered by electricity. NEV’s are recharged from external sources of electricity such as wall sockets.

The term EV “electric vehicle” is also commonly appointed to vehicles using electricity as a power source in other parts of the world.

Benefits of choosing a new energy vehicle over combustion

Cheaper running costs – Electric vehicles don’t use liquid fuels. A 2018 study from the University of Michigan’s Transportation Institute found electric vehicles cost less than half as much to operate as gas-powered.

The average cost to operate an EV in the United States is $485 per year, while the average for a gasoline-powered vehicle is $1,117.

Noise pollution – As electric cars don’t have a combustion engine, the noise in comparison to gas cars is quieter. Along a congested city road, this can have a larger impact on the livability factor for residents.

Lower carbon footprint – One of the more obvious benefits of electric vehicles. Electric vehicles are much greener than conventional gas-powered vehicles. That being said, they are only as green as the energy you charge them with.

Servicing – Electric vehicles don’t need to replace or repair any parts associated with a combustion engine, oil, radiator, coolant, transmission, gearbox, etc. Although one of the largest costs with an electric vehicle is a battery replacement.

According to “EV-Volumes” a company that tracks sales data of electric vehicles globally, within the first half of 2021, a total of 2.65 million electric vehicles were sold worldwide. This year’s sales has increased by +168% in comparison to 2020.

During the first wave of the COVID pandemic, sales of electric vehicles stayed -14% below 2019 statistics and vehicle markets declined by -28% in 2020.

By the end of 20201, there were over 11 million electric vehicle units on the road worldwide. According to data from the International Energy Agency (IEA), global EV sales are expected to reach around 15 – 20 million units by 2025.

One other contributing factor to the growth of electric vehicles in China and the rest of the world is that electric vehicles have become more affordable and sought after due to supporting policies and subsidies given by governments.

The Chinese government promotes electric vehicles with a variety of policies including, subsidies, rebates, quotas for vehicle manufacturers and tax exemptions.

National subsidies have been a major incentive for consumers to purchase EVs. China’s central government began subsidizing EV purchases for government and public fleets in 2009 and individual car buyers in 2013.

Subsidies in 2013 ranged from RMB 35,000 to RMB 60,000 depending on the vehicle’s electric range, and have been reduced regularly since.

Non-financial incentives such as including exemption from city license plate lotteries or restrictions have also been encouraged. Previously, car buyers would need to enter a lottery for a car plate. In some parts of China, it could take years to acquire a license plate.

As new policies and subsidies make it easier for citizens to purchase electric vehicles the demand for convenient and affordable publically accessible chargers increases.

The Zhiji L7 is the result of a joint venture between SAIC, Zhangjiang Hi-Tech, and the Alibaba Group.

As the charging of electric vehicles is generally done at home or work, building codes in some areas require new construction or remodels to accommodate charging points.

Charging at home or the office makes sense as the wait time for recharging an EV vehicle is slower than filling a conventional vehicle with liquid gas.

The speed that an electric vehicle battery recharges at depends on car battery size and the speed of the charging point. Depending on these factors and the technology used in the vehicle, in general, it takes between 30 minutes to 12 hours to charge a vehicle.

There are some environmental factors that also affect charging speeds. In colder temperatures, it takes a little longer to charge.

As EV charging is cheaper than filling a conventional vehicle with gas (great for the driver but it means less revenue potential for businesses that provide charging), measures such as direct investment to install publically accessible chargers have been made by governments worldwide to support EV charging infrastructure.

At the 2021 World New Energy Vehicle Congress held in Haikou, the Vice Minister of Transport, Wang Zhiqing announced that “China will see new energy vehicles (NEVs) account for 72 percent of its public transport and 80 percent of expressways will be equipped with NEV fast chargers by 2025.

By the end of 2020, the total length of China’s expressway network reached 161,000 kilometers, the world’s largest expressway system by length.

Related article: Why exactly is it so important to protect Hainan’s rainforests?