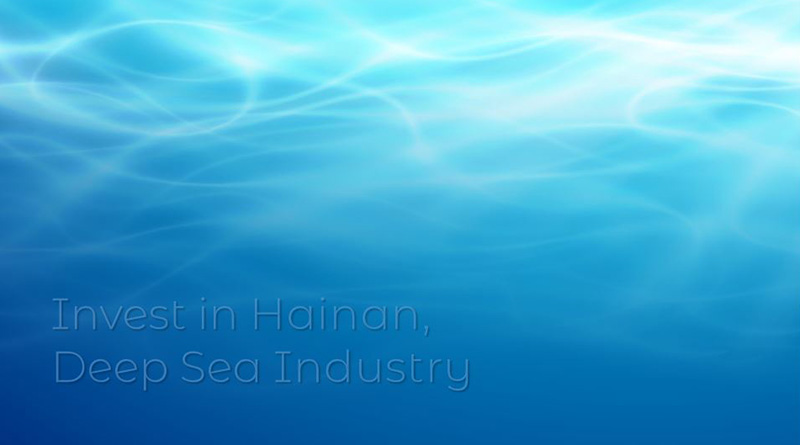 Sanya Deep-sea Science and Technology City is only 200 kilometres from deep-sea waters. It is a suitable place for deep-sea scientific research on South China Sea oil and gas resources, combustible ice, biological resources and more. Hainan has unique resources for the development of the deep-sea technology sector.

Top national-level marine scientific research institutions such as the Institute of Deep-sea Science and Engineering of the Chinese Academy of Sciences, and the South China Sea Institute of Oceanology of the Chinese Academy of Sciences, as well as leading enterprises such as China Merchants Group and China State Shipbuilding Corporation have established in Hainan.

Important deep-sea scientific research being carried out in Hainan

The “Explore 1” scientific research ship obtained over 100 litres of water samples from a 10,000-meter seabed in August 2016 during its first voyage.

This was the first time that Chinese deep-sea equipment obtained such samples.

The manned submersible Fen dou zhe’s home port is located in Sanya. It reached the bottom of the Mariana Trench at a depth of 10,909 meters, setting a record for manned deep dives in China.

Hainan has built a deep-sea scientific test and research and as well as a comprehensive service support base for the defence industry and created a high-end marine equipment industry cluster focused on the South China Sea.

There are two bases: a comprehensive test base for marine equipment systems and vessel maintenance and a support base.

There are two platforms: a demonstration platform for marine equipment, the military-civilian integration industry and a platform for technological innovation and international cooperation.

Related article: Invest in Hainan, which professional services are encouraged?