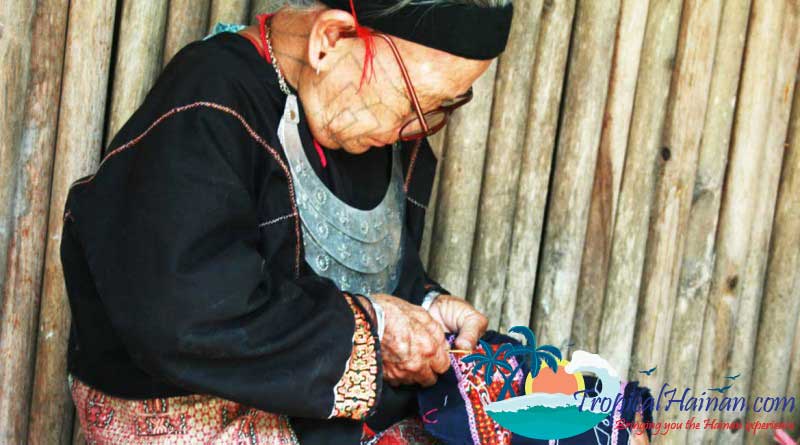 It’s not known when exactly the Li Minority people arrived in Hainan Island, but human activity here can be traced back 20,000 years. In June 2006 archaeologists unearthed three Palaeolithic tools (early phase of the Stone Age), next to the Xinchongdong cultural relics site in Changjiang Li Autonomous County proving that human activity on the island was at least that old.

It is widely held that the Li Minority were the earliest settlers on Hainan Island.

It’s believed that the Li Nationality originated from a branch of the Baiyue ethnic group. The Baiyue, (Hundred Yue) were various indigenous peoples who inhabited the region stretching along the coastal area from Shandong to southeast China, and as far west as the Sichuan Basin.

Due to differences in language and customs The Li minority are divided into Ha, Qi, Run, Sai and Meifu. All Li people refer to themselves as “Sai”.

The Qi branch is second to the Ha branch in population. The Sai branch inhabit the border area of Baoting Li-Miao Autonomous County and has the smallest population amongst the five branches.

The Li language is considered to be a branch of Zhuang Dong language, itself a branch of the Sino-Tibetan language family.