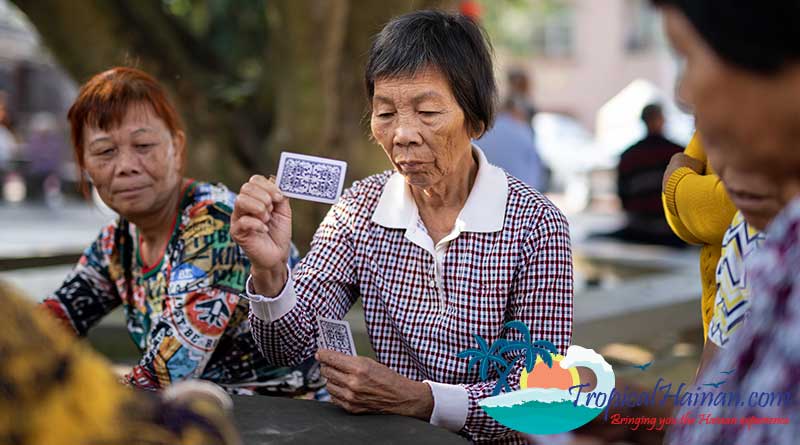 Located in the volcanic area of Shi shan, Mei she village is home to ancestral temples, artillery buildings, ancient wells and stone houses. Established in the Song Dynasty, its history dates back some 800 years ago.

Since the establishment of special economic zones in Hainan, the village has entered a period of rapid development with most of the basalt stone houses undergoing full renovation.

Tucked away in the vegetation are some old hidden gems which are awaiting the next phase of renovation. A clear representation of what houses in the village would have looked like in the last century.

Built in the 20th century, Fu xing tower which is also known as “dragon tower” stands 5 stories high in the centre of the village and was originally built as a fortress for villagers to fight against Japanese aggressors in 1939.

Each family has its own family motto nameplate, which is handed down from their ancestors and placed at the household gates.

Travelling around Shi shan you are likely to see jack fruit trees, which grow in the selenium-rich volcanic soil. Selenium which is a natural chemical element found in soil is a powerful antioxidant that fights oxidative stress and helps defend the body from chronic diseases, such as heart disease and cancer.

Locals congregate around the village centre (around Fuxing tower) usually to socialise or play games such as Mahjong or cards. It’s a tight-knit community in the village and there’s a famous folk saying in the area “distant relatives are inferior to your nearest neighbours”