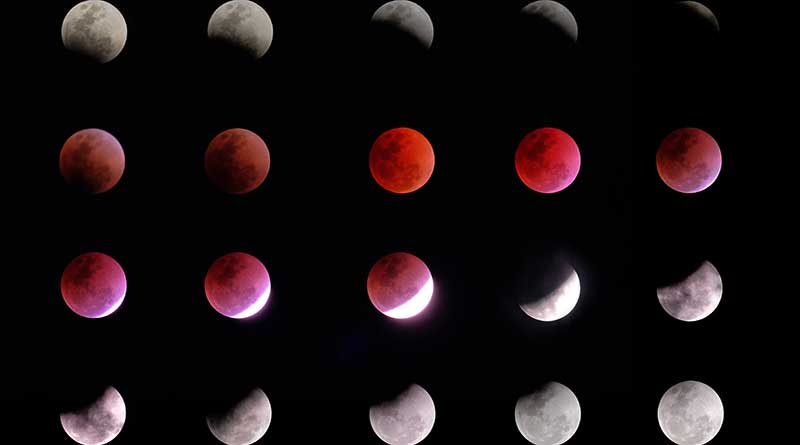 What Is a Blood Moon?

Tonights partial eclipse is expected to be 97 percent blocked by the darkest part of Earth’s shadow, turning the moon rusty reddish hues and be visible across North America and parts of South America, Asia and Australia.

Though it’s technically not a total lunar eclipse, it’s about as close as you can get to totality without actually being there. Only a sliver on the bottom left of the moon will remain faintly illuminated.

Don’t miss this historic event as it has not seen since the 1440’s.

The eclipse will be very long. The partial eclipse phase will last 3 hours, 28 minutes and 24 seconds, and the full eclipse for 6 hours and 1 minute, making it the longest partial eclipse in 580 years

The extended show means you’ll have ample time to catch at least part of the eclipse. Starting at 17:37 local time, the moon will begin to enter the outer part of Earth’s shadow, called the penumbra. It will gradually dim as the shadow creeps across its surface for about an hour before it becomes a partial lunar eclipse.

This is the moment when the eclipse reaches its greatest magnitude while the entire Moon is above the horizon in Haikou. The true maximum point of this eclipse cannot be seen in Haikou because the Moon is below the horizon at that time.

Since the Moon is near the horizon at this time, we recommend going to a high point or finding an unobstructed area with free sight to East-northeast for the best view of the eclipse.

The Hainan Leaf Warbler is one of three endemic species of birds local to Hainan Island. Found in the mountainous regions of Hainan.

From February 1st to March 1st, some trains on the High-speed Railway will be temporarily suspended