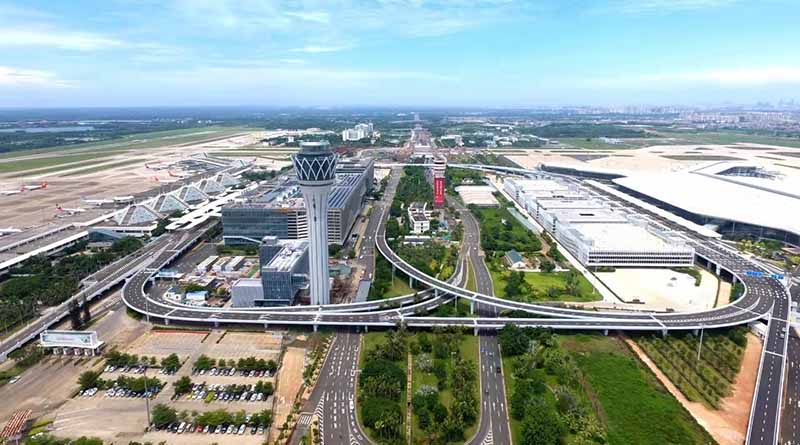 On November 6 between the hours of 10:00 and 17:00, a number of sectors within the second phase expansion project of the Haikou Meilan International airport underwent testing.

The operational effectiveness of the second phase of the airport was tested to check various equipment and facilities and to make sure it meets operational goals.

This second phase of Haikou Meilan International Airport has now entered the “sprint stage” laying a foundation for formal operations on December 2.

On the day, more than 3,400 people carrying 2,000 pieces of luggage took part in the simulation. The passengers were mainly composed of unit employees, their family members and volunteers.

A total of 40 flights and transfers were simulated during the 7-hour testing phase. Hainan Airlines and China Southern Airlines provided 2 real aircraft to test the full process. The exercise was supervised and guided by the Hainan Safety Supervision Administration of Civil Aviation of China.

After the simulation process was completed, each participating passenger provided comments and suggestions in terms of process experience, service facilities and equipment.

Participating volunteers said that the overall service process of the new terminal building was smooth and that the service functions were mostly complete. The terminal building, which includes cultural pieces local to Hainan received a lot of compliments with volunteers saying that it would be a good travel experience for passengers.

Changes at Haikou International Airport, what you need to know

Hainan to build 20 airports for general aviation use