China plans to remotely set up a lunar base, likely to be powered by nuclear energy by 2028 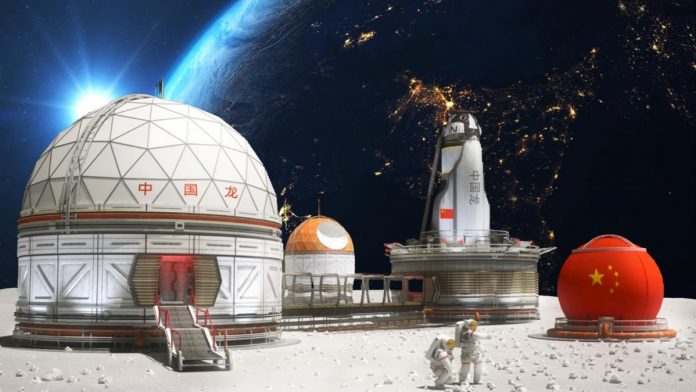 China plans to remotely set up a lunar base, likely to be powered by nuclear energy by 2028 prior to hopefully landing astronauts on the moon several years later. According to Wu Weiran Chief designer of China’s lunar exploration program, in an interview with CCTV, “(We) hope our astronauts can go to the moon in 10 years.

The lunar base will likely be powered by nuclear energy, Caixin reported, and its basic configuration will consist a lander, hopper, orbiter and rover, all of which would be constructed by the Chang’e 6, 7 and 8 missions.

China has ramped up its space ambitions in recent years, sending probes to the moon, building its own space station and setting its sights on Mars. In 2019, China became the first country to land a rover on the far side of the moon, and later brought back its first lunar samples.

The base is intended to be the first outpost on the moon’s south pole, an area scientists think is the best place to find water. Nasa is also targeting that part of the moon, and is seeking to return astronauts to the moon this decade for the first time since the Apollo program ended in the 1970s.

China aims to eventually expand the base into an international research station.

Wu Weiran commented that, “we are now developing a new system that uses nuclear energy to address the moon station’s long-term, high-power energy demands. The power generated by nuclear energy will be used to generate oxygen, operate instruments and other things such as to extract water.” Both China and the United States have spent billions of dollars not only on lunar programs, but also to acquire resources that could allow life on the lunar surface.

“The new generation of manned rockets for lunar landings and the lunar lander that China is currently developing will have enhanced functionality with higher reliability. It can send three astronauts into lunar orbit and allow two astronauts to land on the Moon,” Zhou Jianping, chief designer of China’s manned space program, told the conference in Haikou.

Cloud seeding, what is it, does it work, and should we...