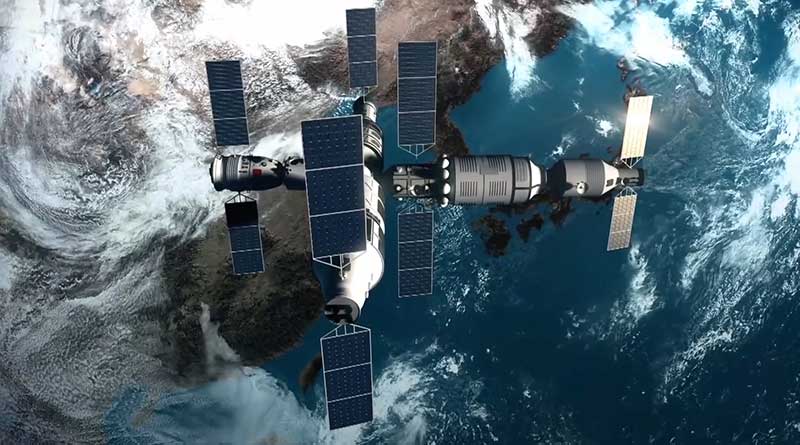 CCTV’s “One on One” column recently interviewed Yang Hong, the chief designer of the manned space station project and responsible chief designer for the Tianhe core module.

In the interview Yang Hon shared some of his thoughts on China’s space program.

Such a high-density mission has never been done before in China’s manned space program.

“After completion of the assembly and construction, it will have a life span of around ten years”, said Yang Hong.

The core module is the first module to go into space. It is the most basic and core part of the control function of the entire space station.

In addition, it is equipped with life support equipment, test facilities to support the long-term stay of astronauts and materials needed for scientific research, ranging from the living area, working area to the scientific research area.

After the core module lifted off and successfully entered orbit, the next step is to launch the Tianzhou cargo spacecraft.

The Tianzhou cargo spacecraft will also be responsible for replenishing the space stations fuel supply, like a mid-air refueling station.

After the Tianzhou-2 cargo ship arrives at the space station with food supplies and fuel, the next mission will be the manned Shenzhou-12 spacecraft.

It is understood that the flight group will be composed of three astronauts and they will become the first “occupants” of the Tianhe core module, staying in orbit for three months.

On September 21, 1992, the Chinese government officially approved the launch of China’s Manned Space Program, which came to be known as Project 921.

In the same year, Yang Hong, 29, who had just received his master’s degree from the China Academy of Space Technology, was transferred to the China Manned Spacecraft General Office to work on spaceship development.

During the realisation of China’s manned space program, the International Space Station (ISS), which is in low Earth orbit 400 kilometers above the earth, was put into full operartion in 2010.

It is an international space cooperation program, led by Russia and the United States, and astronauts from 19 countries have boarded the International Space Station.

But in 2011, an act was passed by the US Congress which froze official US-China space cooperation, and China was shut out of the International Space Station.

“In fact, the long – term foreign blockade actually forced us to be independent and innovate. We must have our own, we cannot always run behind others, even if we want to run behind others, they will not take us along, so we must develop independently, based on the strength of China to conduct independent research and development.” – Yang Hong

“The entire manned space program is a big project. To achieve this through the efforts of just one country, we need to give play to a new national system and coordinate with the whole country to accomplish big tasks.”

To put it more simply, our space program can guide all sectors within and outside the space system and even the whole country to work together in accordance with the same set of standards and norms to complete the engineering tasks required for our space station.

The total weight of the completed Chinese space station will be lighter than that of the current International Space Station, and many people have noted that difference in weight when comparing them both.

“In terms of size, the International Space Station is better. However, we do not compare size and efficiency with the International Space Station. The purpose of developing China’s space station is to support large-scale scientific and technological experiments in space. For example, in terms of weight ratio, the weight of the equipment used in our scientific experiments is relatively better than the weight ratio of the whole station”. – Yang Hong

The Chinese space station is expected to be completed and put into operation in 2022 with a design life of 10 years. In future space station missions, China’s manned space mission will carry out international exchanges and cooperation with a more open attitude.

As early as March 2016, the China Manned Space Engineering Office and the United Nations Office for Outer Space had signed a Memorandum of Understanding on International Cooperation in the Use of the Chinese Space Station.

They agreed to use the Chinese space station to provide scientific experiments for other countries and, in the future, provide in-orbit flight opportunities for astronauts or payload experts from other countries, so as to serve the cause of space exploration for all mankind.