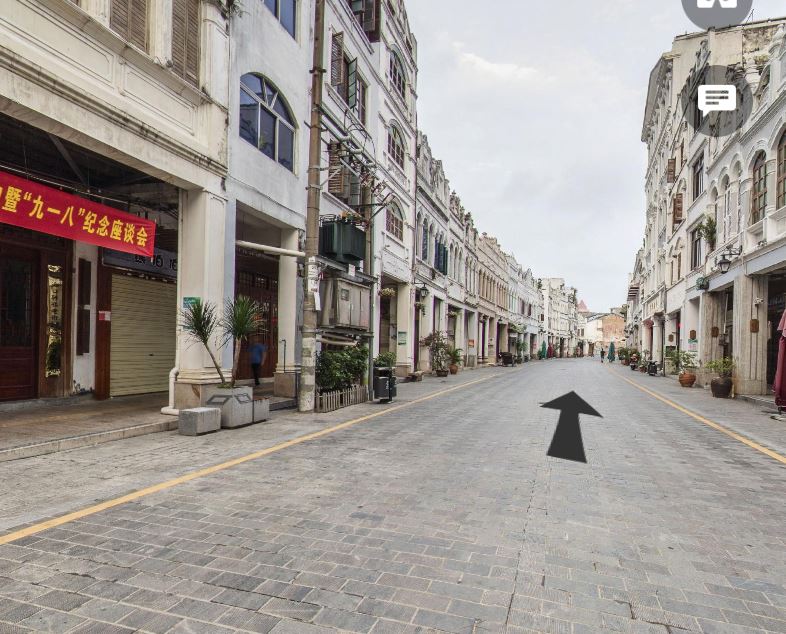 Haikou’s Qilou Old Street is perhaps the most impressive example of arcade architecture in all of China. To some extent, it is also the symbol of Haikou. The Qilou area has witnessed  many changes that have affected the city in the past century; it has also benefitted – architecturally and commercially – from the deeply-rooted love felt for their home town by overseas Chinese from Southeast Asia.

A stroll along the hundred-year-old street, with its echoes of history, gives visitors a taste of traditional Haikou life.

Located in Haikou, Hainan Province, Qilou Old Street features a stylish fusion of European and Asian architecture, as well as Indian and Arabic influences and was introduced into Haikou by overseas Chinese merchants in the 1920s. A Qilou, or Chinese arcade house form part of the city's most exotic landscapes, and they can principally be found on Bo'ai Street, Zhongshan Street, Xinhua North Street, De shengsha Street and Jiefang Street.

With its origins dating back around 2,000 years to ancient Greece, arcade architecture was introduced to Haikou by overseas Chinese merchants from 1820-1840. Standing between two and four stories high, a Qilou has its ground floor set back halfway into the building so that it can be used as a storefront which is sheltered from both rain and sun.

The upper floors serve as the living quarters, and extend over the pavement supported by columns. The exquisite carvings and decorations on the handrails, door frames and window frames are in the Baroque style.

In total, there are more than 200 Qilou buildings in the street, including 39 by Zhongshan Street. The oldest building, Sipai Building, dates back some 600 years to the Southern Song Dynasty.