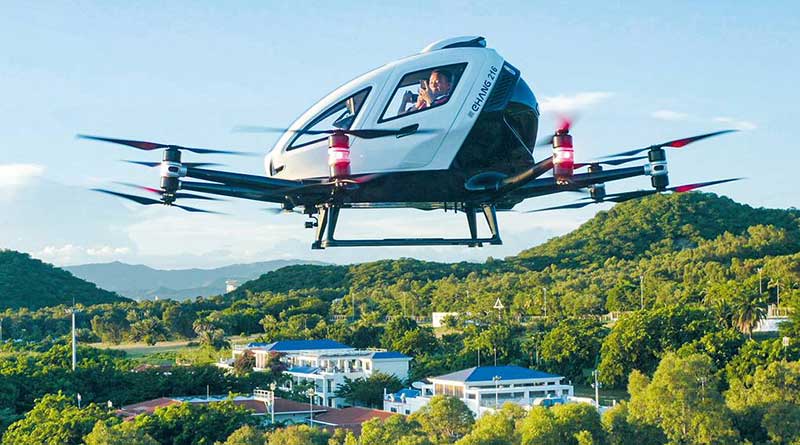 Sanya has opened the first base on the island for tourist photography from an unmanned aerial vehicle, according to Nanguo Dushibao newspaper.

The news outlet reported that, the organisers of the project offer to take tourists up in an unmanned quad-copter to take aerial photographs.

The machine is equipped with 16 propellers and is capable of lifting two people at a time. It can reach speeds of up to 130 km/h.

There are only three drones in the park so far.

According to the designers, thanks to the GPS-navigator and advanced technologies, they are able to make positional movements along a strictly specified trajectory, and in case of a malfunction, it will independently carry out a soft emergency landing.

He remarked that, the drone is equipped with a modern computer system and sensors. Data exchange is carried out in real time thanks to cloud technologies.

The park “Celestial Grottoes” covers an area of ​​22.5 square kilometres and is located 40 km west of the central Sanya.

About 800 years ago, the area became a leading centre of Taoism on Hainan. The scenic mountainous area is located on the shores of the South China Sea and is covered with dense tropical forests.

It is expected that drone photo sessions will become another “trademark” of the tourist industry in Hainan.

Related article: 6 tried and tested spots worth visiting on Hainan Island this holiday

As the 2021 China (Hainan) International Tropical Agricultural Products Winter Fair comes to a close it’s worth taking a look at some local products that are grown on Hainan Island.

Family fun at the Hainan Tourism Carnival this weekend