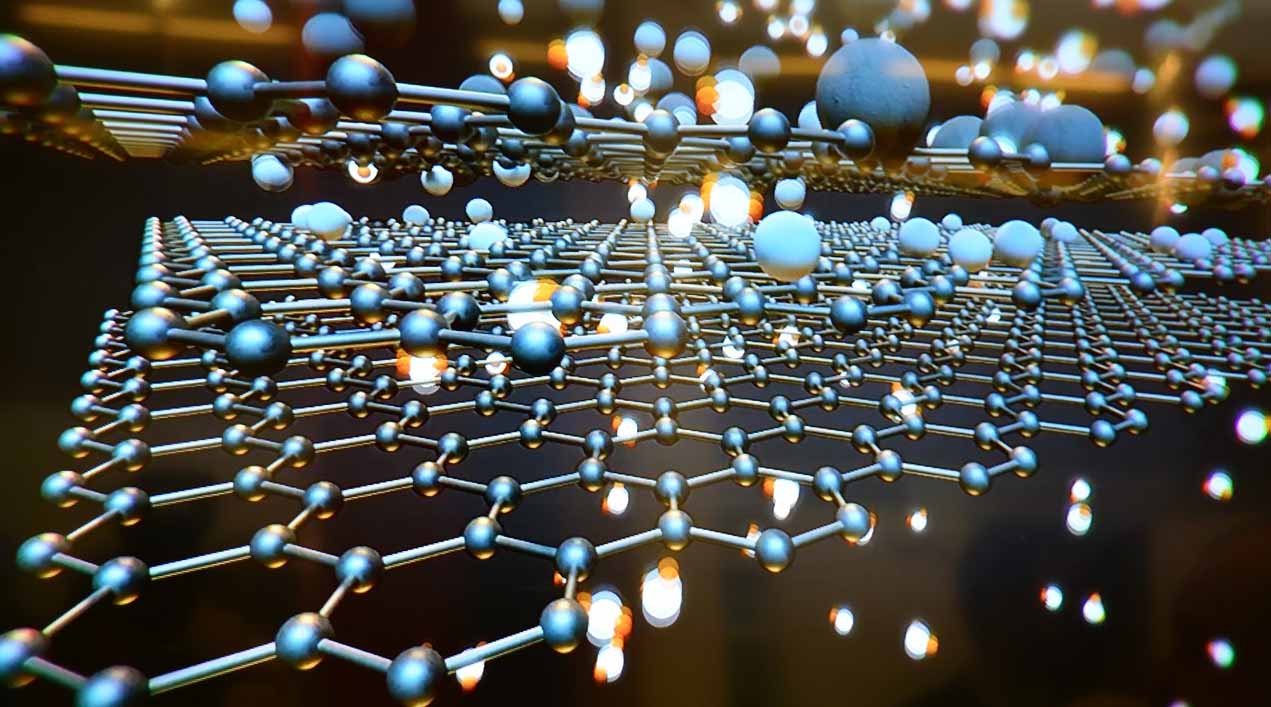 Chinese scientists have taken the ancient art of origami to the atomic level by finding a way to fold microscopically thin graphene, according to a new study.

The breakthrough has implications for computer processors

Researchers bent a super-thin sheet of graphene using a single electrically charged atom in a breakthrough that could eventually pave the way for powerful new computer processors.

So what is graphene, and what’s the big deal?

Imagine a single sheet of carbon atoms, one atom thick. This is known as graphene, the structure is essentially 2-dimensional and can extend indefinitely in both dimensions.

Graphene has many extraordinary properties. It is about 207 times stronger than the strongest steel by weight, conducts heat and electricity very efficiently and is nearly transparent.

Why is graphene so special?

These electrons join up and form an extended delocalised electron cloud above and below the plane of the graphene and move with very little resistance when a voltage is applied.

The team managed to fold a 20 nanometre wide sheet of graphene into various shapes and forms using a needle with a single electrically charged atom at the tip, according to a paper published in the latest edition of Science magazine.

According to the researchers, the breakthrough could eventually enable a host of technological advances, including the development of faster and more powerful computer processors.

“This is the world’s smallest origami work,” said Dr Du Shixuan, the study’s lead scientist, adding that the team hoped to build on their success by making the graphene equivalent of a paper aeroplane.

Unlike previous experiments, in which the folding occurred randomly or by accident, the new technology allows scientists to control the transformation with atomic-scale accuracy, according to Du, from the Institute of Physics at the Chinese Academy of Sciences in Beijing.

Zhang Gengmin, a professor of physics at Peking University who works in the nano devices laboratory said the new technology developed by Du’s team could have some critical applications.

For instance, folding a sheet of graphene – formed from a single layer of latticed carbon atoms – into a “magic angle” will make it superconductive, a unique physical state that allows electrons to pass through without any resistance.

“It is a significant piece of work,” he said.

The paper by Du’s team withheld some of the technical details of their experiment, which means that other scientists may not be able to replicate the process simply by reading the paper.

Du defended the secrecy as standard practice and necessary measure to maintain China’s lead in this field.

She said that the team’s success was down to many factors – including the hardware used, the strength of the electric current and the experience of the operator – and there were also lessons to be taken from their previous failed attempts.

The researchers said they hoped the technology would be used to improve the design and manufacturing of computer processors.

At present, commercial processors are made using a large piece of silicon board known as a wafer.

But as the size of components such as transistors shrink, it has become increasingly difficult to improve the speed and performance of the computer due to the challenges of controlling the structure and properties of each component on a near-atomic scale

The new technology could give designers more freedom to develop a “dream chip” by building a central processing unit on an atom-by-atom basis from the bottom up.

But Du said the commercial application of the new technology could be years away.

Her team folded the graphene sheets manually, one at a time, but mass production would need the development of new manufacturing methods to do it automatically. At present “we are working on it”, Du added.

Out of this world images taken by Shenzhou 12 astronauts officially...