May Day celebrations, China and around the world 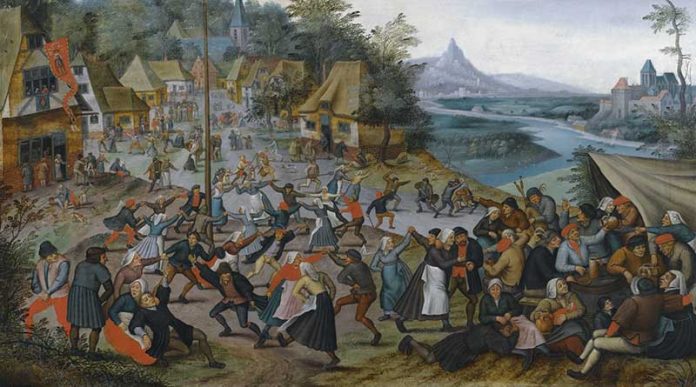 Around the world, May Day holidays are generally broken into 2 distinct types of holidays, the first (and oldest) is an ancient festival marking the first day of summer, and a current tradition in many European cultures.

The second is a holiday to celebrate workers and labour associations.

May Day: A European seasonal holiday.

May Day is a public holiday in some regions of Europe, usually celebrated on May 1st or the first Monday of May.

It is an ancient festival marking the first day of summer, and a current traditional holiday in many European cultures. Dances, singing, and cake are usually part of the festivities.

It’s believed that the celebrations probably originated in ancient agricultural rituals, and the Greeks and Romans certainly held such festivals.

Originally the festivals may have been intended to ensure fertility for crops and livestock as well as people, but over time this significance was gradually lost, so that today they survive largely as popular festivities.

The celebrations came to include the gathering of wildflowers and green branches, the weaving of floral garlands, the crowning of a May king and queen, and the setting up of a decorated May tree, or Maypole, around which people danced.

Among the many superstitions associated with May Day was the belief that washing the face with dew on the morning of May 1st would beautify the skin.

Because the Puritans of New England considered the celebrations of May Day to be licentious and pagan, they forbade its observance, and the holiday never became an important part of American culture.

May Day: An international holiday honouring workers and the labour movement

In the 20th century, traditional May Day celebrations declined in many countries as May 1st became associated with the international holiday honouring workers and the labour movement.

May Day, also called Workers’ Day or International Workers’ Day commemorates the historic struggles and gains made by workers and the labour movement, observed in many countries on May 1st.

International Workers’ Day, also known as Labour Day in many countries (including the US, Canada, Japan, Australia, and others) is a celebration of labourers and the working classes that is promoted by the international labour movement and occurs every year on May 1st.

The date was chosen in 1889 for political reasons by the Marxist International Socialist Congress, which met in Paris where they adopted a resolution for a “great international demonstration” in support of working-class demands for the eight-hour day.

May day is a statutory holiday in the People’s Republic of China. It was a three-day holiday until 2008, but was only one day between 2008 and 2019, and was restored to three days after 2019.

However, the actual time off is often longer than the time off in the regulations, and the extra time off is usually supplemented by another two weekends, but since the extra time is not under an official holiday, the extra days must be “made up” by working on either the preceding or following weekend.