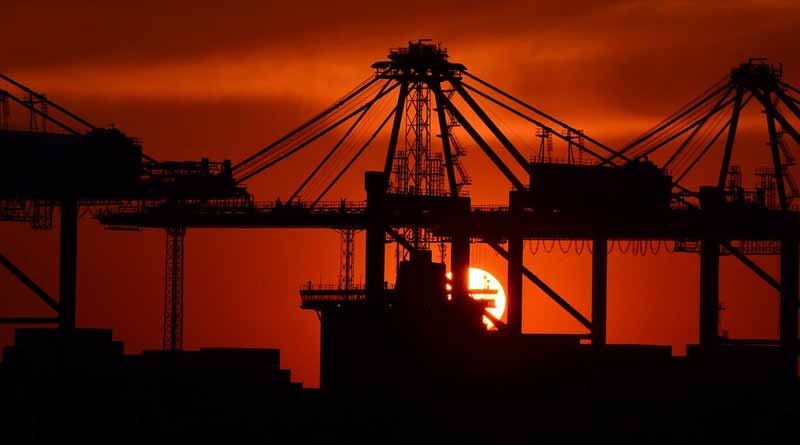 What is the Hainan Free Trade Zone, overview, opportunities and challenges.

According to the plan, the entire island of Hainan is to be transformed into a free trade zone (FTZ) – the country’s 12th and the first to cover a whole province.

The Hainan government aims for the Hainan FTZ to open in 2020 with a longer-term view for the development of the Free Trade Port by 2035.

As the only tropical island off China’s southern coast, Hainan is often referred to as “China’s Hawaii”. The province is a popular destination for mainland Chinese tourists, who flock to its many beaches, tropical rainforests and year round and warm climate.

In 1988, Hainan was designated as one of China’s first special economic zones (SEZs), putting it at the forefront of the opening-up campaign spearheaded by the architect of China’s economic reforms, Deng Xiaoping.

Forty years ago, Deng Xiaoping adopted the philosophy of “crossing the river by feeling the stones” in his approach to opening up China’s economy. That idea—which refers to cautiously testing out new methods before expanding them—shaped the reforms that turned China into an economic giant and has been directing China’s development since.

If Shenzhen was one of the earliest pilots for attracting foreign investment, now it’s the turn (again) of Hainan which president Xi Jinping aims to turn into a more liberal economy than any other part of China.

Despite these previous advantages however, Hainan is still relatively underdeveloped compared to other regions in China.

Hainan’s economy has a small industrial sector and relies heavily on resource extraction and services.

Resources that contribute to its sizeable primary industry include products such as seafood, tropical fruit, tea, and rubber, while its tertiary sector is strongly linked to the tourism industry.

Much of Hainan’s secondary industry, meanwhile, is associated with the processing of petroleum and other natural resources like rubber, as well as transport equipment and pharmaceuticals.

Department of Commerce of Hainan Province：http://dofcom.hainan.gov.cn

In need of new drivers of growth that go beyond natural resources and tourism, China’s economic planners aim to give Hainan’s economy a boost by leveraging its clean, service-driven tropical environment to showcase a China that is proficient in renewable energy and value-added services as opposed to the labor-intensive and export-driven manufacturing that characterise other free trade zones and previous periods of economic development.

Hainan is far from China’s first FTZ, it is however the first that covers a whole province and it will have its own unique policies to attract foreign investment not found elsewhere.

Due to its nature as a self-contained island, Hainan also provides a unique testing ground for planners to trial new pilot policies.

With these goals in mind, China’s central government and the Hainan provincial government have released a slew of documents outlining their plans to build the Hainan FTZ since the original announcement.

Among these is “The Overall Plan for the China (Hainan) Pilot FTZ (the Plan)”, which was released to the public by the State Council in October 2018, as well as “The Guiding Opinions of the Central Committee of the Communist Party of China on Supporting Hainan’s Comprehensive Deepening of Reform and Opening Up (the Opinions)” released in April 2018.

The Plan, together with other documents, set forward a timeline for the development of the Hainan FTZ.

Key goals in the blueprint include:

Lay a foundation for the construction of the Hainan Free Trade Port.

Have the Hainan Free Trade Port basically in place;

Establish a leading business environment in China; and

Ensure that quality and efficiency of economic growth has significantly improved.

Have mature operation of the Hainan Free Trade Port;

Establish a world-leading business environment; and

Be at the forefront of socialist modernisation.

China’s economic planners envision the Hainan Free Trade Port, which will become operational in 2025, to be an economic area with trade and investment incentives akin to Hong Kong and Singapore – two regions known for their business-friendly policies.

In this vein, Hainan will cut the time needed to set up a business to three working days, reduce administrative approval items, and fully implement China’s national negative list.

Planners hope that Hainan’s geographic position in the south of China near the Pearl River Delta mega-region and Vietnam will make it an important port to connect China with South and Southeast Asia.

This also ties in with China’s Belt and Road Initiative, where Hainan will be an important hub on the “Maritime Silk Road”.

Beyond establishing a free trade port and streamlined business environment, Hainan aims to develop and internationalise leading industries from where it already has strengths.

The Opinions state that rather than focusing on transit trade and processing and manufacturing, the FTZ will focus on developing tourism, modern service industries, and high-tech industries.

Hainan already has a large tourism industry, but are looking to make it more international and tailored to specific services and markets.

Authorities had set a target of two million foreign visitors by 2020 – almost double 2018 levels, before the global coronavirus pandemic brought worldwide tourism to a standstill.

One way that Hainan has already done so is through the introduction of visa-free travel to the island for up to 30 days for tourists from 59 countries.

The visa free policy has had its share of criticism for being over complicated and confusing and is due further reforms and simplification.

In a further effort to boost tourism, Hainan will ease market access requirements for foreign investors to host temporary exhibitions and festivals, as well as to invest directly in cultural and art institutions.

To jump-start the initiative, the Hainan International Film Festival was one of 12 major pilot projects created in the Hainan FTZ in 2018.

Besides traditional tourism, Hainan will seek to promote “modern services” in the FTZ, including healthcare and elder care. These industries interrelate with tourism plans, as Hainan seeks to establish itself as China’s leading medical tourism hub.

Provincial authorities hope that Hainan’s warm climate and clean environment will help it attain this goal, becoming somewhat like Florida is in the US for elder care.

Medical tourism plans go beyond elder care, however, with cosmetic surgery, rehabilitation, and beauty care among the other medical tourism sub-sectors being developed.

In December 2018, the State Council granted the Hainan Provincial Government the right to approve imported drugs for use in the medical pilot zone. This special preferential policy allows patients to use drugs from developed countries and regions such as Europe and the United States, which had been marketed but not yet approved in China.

To attract top talent to the zone, May 5th, 2020 the Boao Lecheng International Medical Tourism Administration announced interim measures to attract doctors and talents in the innovation of medicine and medical equipment.

Doctors, experts and teams practicing in the pilot area can be awarded a total bonus of 25 million yuan.

Other services highlighted in the plan include telecommunications and internet services, finance, and cross-border trade. To stimulate modern services, Hainan authorities have pledged to offer greater market access for foreign investors and lower tax rates for qualified sectors.

As opposed to the more conventional high-tech industries found in China’s most economically advanced regions, such as Guangdong, Hainan will focus its high-tech investments in sectors where it holds unique advantages.

Accordingly, the province’s tech plans will largely tie in with its geography, focusing on agritech, biotech, deep-sea technology and industries such as aerospace.

The development of both modern services and high-tech in Hainan is seen as being impeded by the lack of reputed universities.

As seen with the Boao Lecheng International Medical Tourism zone, Hainan is currently prioritising attracting talent from overseas and other provinces to make up for its lack of local expertise.

In April 2020, the Hainan provincial government announced that it would provide more than 30,000 job vacancies for talented individuals from home and abroad this year in a step to gather greater manpower.

Hainan introduced a plan in May 2018, to attract a million talented individuals from home and abroad by 2025, offering them preferential policies including loans, free housing and other welfare arrangements.

In 2018, foreign investment in Hainan grew by an enormous 112.7 percent and trade revenue grew by a sizeable 20.8 percent.

Besides stimulating the economy, Hainan still has its work cut out to improve its business environment.

The Hainan FTZ calls for streamlining bureaucracy and administrative costs, as has been done in the Shanghai FTZ and elsewhere.

In a March 2019 interview with SCMP, Mao Chaofeng, the deputy governor of Hainan province and one of the top 13 provincial committee members, acknowledged that the province still has a lot of work to do to transform Hainan into a modernised economy comparable with Shanghai or Shenzhen.

Related article: What is the unique advantage of the Hainan free trade zone?