Wildlife rescue and the fight against illegal wildlife trade 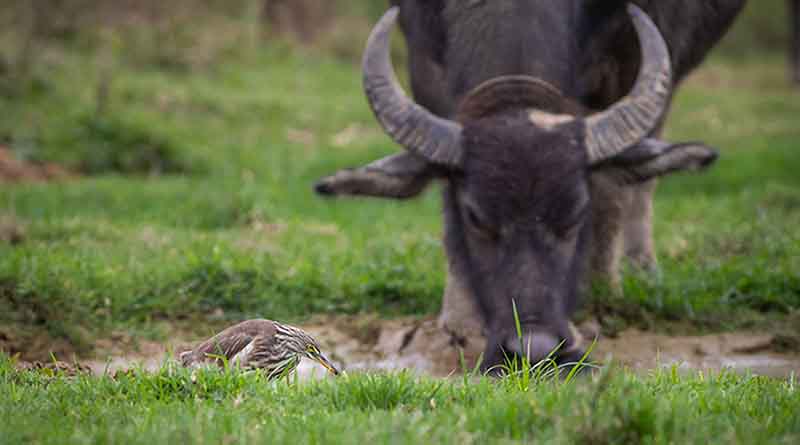 The province’s first terrestrial wildlife rescue center was established to protect relatives of the Hainan gibbon, such as white-cheeked gibbons.

As more and more rare and endangered animals are making Haikou their home, the center has made efforts to build a “barrier” for the protection of wild animals.

It was jointly established by the former Haikou City Forestry Administrative Law Enforcement Detachment and the Tropical Wildlife Park in 2016.

It is the first terrestrial wildlife rescue center in the province. Since opening its doors, it has been responsible for the rescue of terrestrial wild animals across Hainan province. The center also carries out wild animal epidemic disease monitoring, wild animal protection, scientific research, and popular science education.

The rescue center has a specially formulated operating procedure for dealing with wild animals that have been rescued.

After the animals have settled in, different measures will be taken, such as continued feeding, adaptive training, and reintroduction according to the specific conditions of the animals.

For animals that can be released, the time and place of release will also be selected according to their biological characteristics. Up to now, the number of animals released by the ambulance center accounts for 90% of all animals rescued successfully.

Chen Youwei said that there are two main types of animals that are not suitable for reintroduction, one is alien species, and the other is a species with physical defects that cannot adapt to survive in the wild.

For exotic species such as crocodiles and Sulcata tortoises that originate from abroad, in order to protect the ecological environment and not damage the local biological chain, they will be temporarily fostered at the center and become local characters in the science education exhibition area of the park.

Crocodile on the roof

On the afternoon of March 8 this year, when Ms. Chen, a resident of Haikou, went upstairs to dry her clothes, she found a crocodile on the roof of the 6th floor of the property.

She immediately called the Haikou 12345 government service hotline, whereby the Haikou Forestry Bureau responded and took control of the crocodile.

The juvenile crocodile, whose mouth was entangled with black tape, was about 1 meter long and weighed about 8 kilograms. It was transported to the Haikou Terrestrial Wildlife Rescue Center for feeding and treatment.

The fight against illegal wildlife trade

According to a spokesperson from the Haikou Forestry Bureau, hunting, cage-breeding, trading, and transporting wildlife under national key protection without approval may constitute a criminal offense and be investigated for criminal responsibility in accordance with the law.

At the time pythons were on the first-level national key protected wild animals list, (now second level as of February 2021). For their illegal act, Chen and Wu, in addition to paying 60,000 yuan in compensation for ecological and environmental damage, the pair were investigated for the crime of endangering wild animals and a criminal case is being processed against them.

Up to now, 8 cases involving terrestrial wild animals and environmental damage have been prosecuted, with a total of 336,348 yuan compensation collected for the restoration of ecological damage.