Bark Cloth by the Li Minority 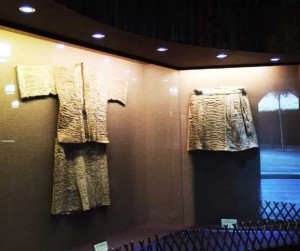 In the central and southern parts of Hainan Province where the Li ethnic minority live, people used to make cloth out of the bark of certain trees that grow in the area. This tradition can be traced as far back as the Stone Age, when, in the absence of textiles, locals used bark to make their simple clothes.
Even after the Li people acquired the skill of cotton spinning, bark cloth did not give way to cotton and hemp products. People continued to use bark to make mats, pillows, quilts, clothes, sashes and hats. The reasons for the continued popularity of bark cloth are many: bark as a type of raw material was, and still is, abundant and readily available in the area; the Li people had become skilled in making bark cloth; and objects made of bark cloth are very durable.
Making bark cloth involves seven steps: peeling, trimming, soaking, fulling, drying, hammering and sewing. Complicated as the whole process seems, only a few tools are needed, the most important of which (and also the symbol of bark cloth weaving) is the hammering tool - a stone hammer.
This past half-century has seen great changes in the lifestyle of the Li people in Hainan Province. As a result, bark cloth and stone hammers have disappeared from people's everyday lives and now can only be seen in museums. Young locals now hardly have any idea of what bark cloth is. This being the case, preservation of the techniques of traditional bark cloth production is of great cultural importance. 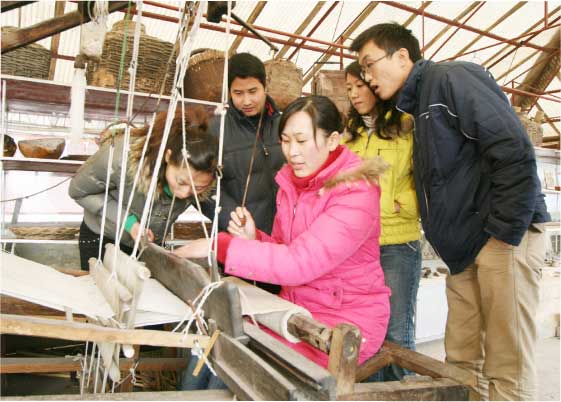 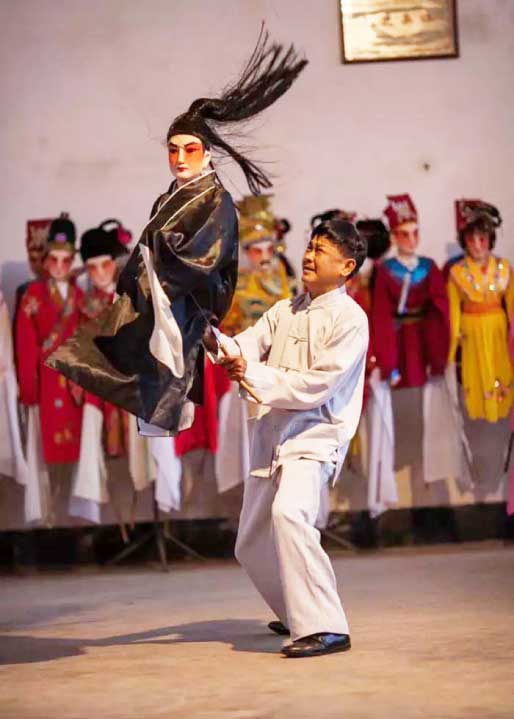 The Lin'gao Man-and-Puppet Show is a form of entertainment unique to Hainan Province. It is popular mainly in Lin'gao County in the northwest of Hainan Province, and nearby townships and villages of Haikou City, Chengmai County, and Danzhou City with residents who speak the Lin'gao dialect.
According to elderly performers, the Lin'gao Man-and-Puppet Show originated during the latter Southern Song Dynasty. Early residents of Lin'gao all used crabstick puppets in the shape of a person when worshipping gods and Buddhas and driving away ghosts and evil spirits. Later on, the puppet was redeveloped by performers and taken onto the stage. These shows began during Emperor Kangxi's reign in the Qing Dynasty. In 1979 the senior performer, Chen Hecheng, who was over eighty years, submitted to the government his ten puppets which had beed kept for seven generations in his family. The heads of four of the puppets were carved with the era name "Kangxi". 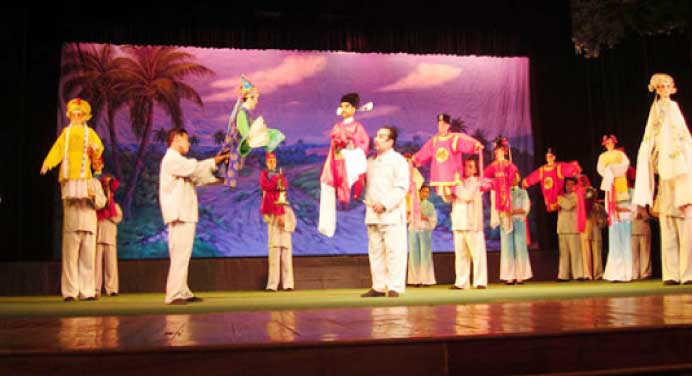 The Tone of DanZhou 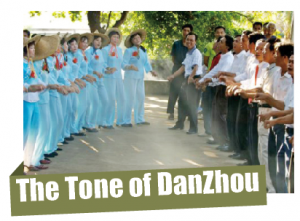 As a Han-ethnicity folk song genre, the Tone of DanZhou is only found in Danzhou, Hainan province. It is sung in Danzhou dialect, with lively rhythms and pleasing melodies. On May 20, 2006, The Tone of Danzhou was included in the National Intangible Cultural Heritage list.
When the eminent poet Su Tungpo was exiled in Danzhou during the Northern Song Dynasty (960-1127 CE) he promoted education and praised the Tone of Danzhou, making Danzhou “a sea of poems and songs”.
Men and women line up facing each other to sing the Tone of Danzhou, with their arms and bodies swinging along in rhythm. One of the two lines sings first, and the other line sings back as if they are talking to each other. The Tone can also be sung as a game -- the group who can't think of a witty comeback loses. It is a favorite tradition during festivals, especially the Lantern Festival in August of the lunar calendar year
Edited by Jiang Tuanji/Modifed by Glyn David
Share
Facebook
Twitter
Pinterest
WhatsApp
Previous articleTop restaurants in Sanya, Yi Yang at Mandarin Oriental
Next articleHainan’s Intangible Cultural Heritage: Traditional Music and Crafts
RELATED ARTICLES
Arts and culture