Haikou West Coast Renovation Project to open by end of May 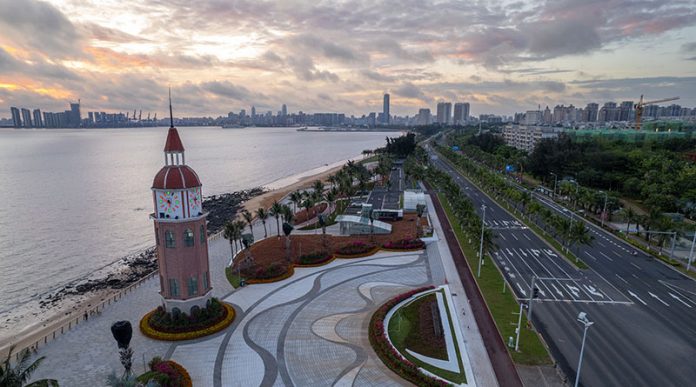 From May, Haikou residents will see a brand-new landscape and new atmosphere all along the West Coast.

To date around 90% of the renovation project has been completed, and will be gradually opened to citizens and tourists before the end of the month.

The West Coast Renewal Development is seen as a benchmark project in Haikou’s construction and development plan for a modern and international coastal city.

The project starts from Xiuyinggou in the east and reaches the new harbor in the west, including the area from the north of Binhai Avenue to the seaside.

The coastline is about 13.1 kilometres long and the planned land area is 293.2 hectares.

The newly constructed football field (which used to be an abandoned skateboarding venue) has been completed, and workers are installing the fence.

There are currently four football fields and two basketball courts on the west coast of Haikou with construction nearing completion.