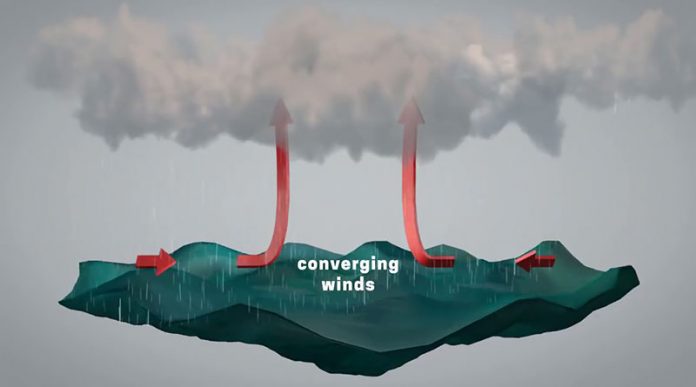 Since the autumn of 2021 a weak La Niña event which formed in the equatorial central and eastern Pacific has affected Hainan Province.

At present, the oceanic and atmospheric circulation systems which affect the climate of Hainan Province are undergoing changes and adjustments, and there are still uncertainties regarding their impact.

Starting today (Thursday 21st), it is forecast that rainfall will ease up as temperatures across the island gradually rise.

In 2022, the wet season and the number of tropical cyclones affecting Hainan Province is expected to be close to average with the season starting later and finishing earlier than usual.

Impact and landing intensity expectations are close to normal, however, some strong typhoons may occur during this period, (same as 2021).

The rainy season for 2022 started on April 18th, 20 days earlier than normal and is expected to end in early October.

The total rainfall for the flood season will be slightly less than normal, with rainstorm flood disasters and meteorological drought expectations close to average, however expect periodic severe rainstorms and flooding during this period.

It is estimated that the number of days with rainstorms (daily rainfall ≥50 mm) during the flood season will be close to average.

Related article: How does a typhoon form?