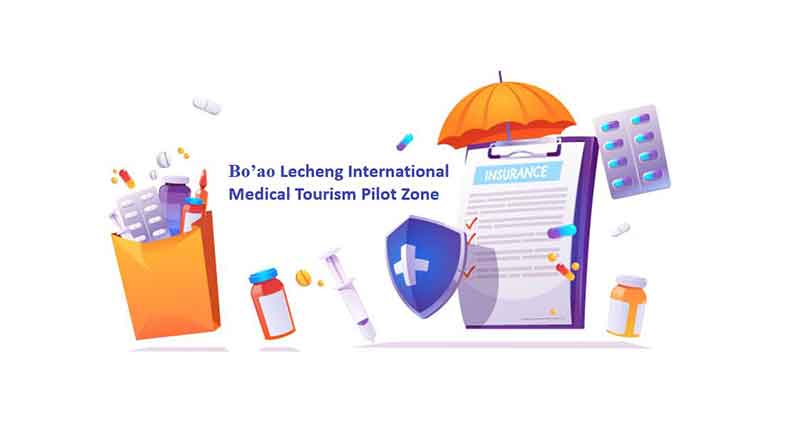 Editor’s note: Tropicalhainan contacted Bo’ao Lecheng Medical Zone and China Taiping Insurance company to verify that this insurance is available to the international community. They have confirmed that it is available to everyone, international and local residents alike, however as it is a new product and no-one has purchased this yet in English, please have patience and perhaps have a Chinese friend help you.

The pilot zone is the only one of its kind in China that enjoys nine preferential policies, which allow medical institutions in the zone to import and use badly-needed drugs and medical equipment from overseas that are not yet approved by the top drug authority in China.

With the introduction of the special commercial insurance product, patients can not only gain access to imported drugs they need, but are better able to bear expenses.

“In this way, we are truly achieving the goal of ‘enabling patients to access the drug, use the drug and afford the drug’,” said Liu Zhefeng, deputy head of the Boao Lecheng International Medical Tourism Pilot Zone Administration.

“However, not all patients can afford the medical expenses. This is why we are introducing the special commercial insurance,” Liu said.

According to the pilot zone administration, it only takes 29 yuan ($4.5) for a Hainan resident and at most 159 yuan for a resident from another region to buy the new insurance.

Currently, the insurance－known as the 1.0 version－covers 49 imported innovative drugs and the local authority has been stepping up efforts to expand the drug list.

The insurance company is called China Taiping, (website http://www.cntaiping.com) and they also have a wechat official account where insurance can be purchased.

There is no English version though and the company recommend contacting them directly to purchase insurance in English.

There is an English language hotline from 9 am to 6 pm daily where you can contact them, 95589 (press 2 after dialling for English service).

Zhang Xiaoxu, a research fellow at VCBeat, an online healthcare website, said that in the future, with the deepening of policy implementation, the 2nd version and 3rd version of the commercial insurance are expected to come out, and more details will be optimized to form a long-term stable reimbursement system.

“The combination of public insurance and commercial insurance is expected to better benefit patients,” he added.

According to the administration, this month, three cancer drugs previously introduced to the pilot zone are expected to be launched in the whole Chinese market.

“The pilot zone serves as a green channel for imported drugs and medical equipment. In the future, we look forward to seeing more innovative products launched in China to better serve patients,” Liu added.

Related article: How to book an appointment at the Haikou People’s Hospital