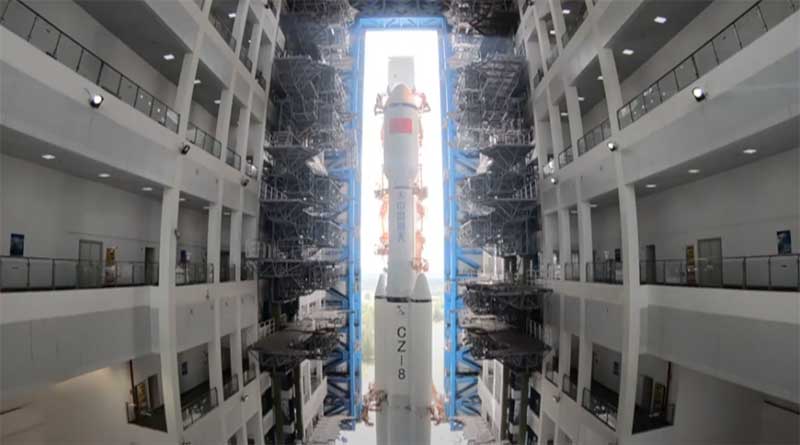 China Aerospace Science and Technology Corporation (CASC) is launching a designed-for-reuse Long March 8 rocket for the second time. This rideshare mission will carry 22 satellites for Chinese commercial space companies, including optical and radar Earth observation satellites. If the mission succeeds, it will set a domestic record for the most satellites launched by a single Chinese rocket.

Hainan-1 to 4 and Others, a rideshare mission

Launch Provider (What rocket company is launching it?)

Will they be attempting to recover the first stage?

Not on this mission

Where will the first stage land?

What Is Long March 8?

The Long March 8 is China’s first venture into orbital-class medium-lift reusable rockets. It is designed to replace the Long March 2 and Long March 3 rockets that use hypergolic fuels for their first stages. The rocket is capable of placing around 4.5 tons of payload to a Sun-synchronous orbit with an altitude of 700 km (435 miles). The Long March 8 Y-2 rocket consists of a center core and an upper stage and compared to the first version (Y-1), lacks two side boosters.

The Long March 8 is 50.3 meters (165 feet) long, with a take-off weight of 356 tonnes when launched with two side boosters. Its maiden flight took place on December 22, 2020. The Long March 8 Y-2 rocket was manufactured in Tianjin and was then shipped to Hainan Island; the rocket will launch from the facility at Wenchang.

The Long March 8 is the first orbital-class vehicle designed for reuse.

The first truly reusable version of the Long March 8 rocket is expected to fly in 2025.

The war on counterfeits and how to spot fake goods in...